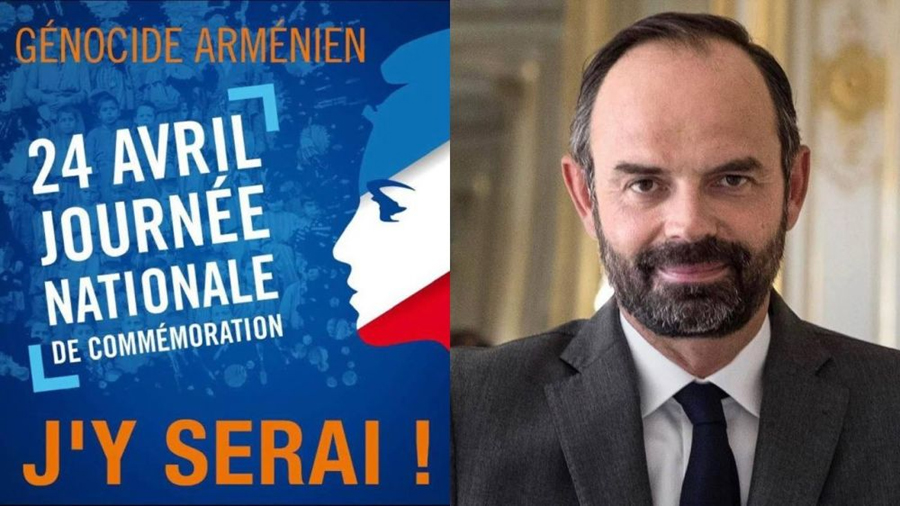 French Prime Minister Edouard Philippe will represent France at a ceremony commemorating the Armenia Genocide victims to be held at the Komitas Monument and Armenian Genocide Memorial in Paris on 24 April.

The event is historic in a sense that it is the first official ceremony paying homage to the Genocide victims after French President Emmanuel Macron signed a decree to set April 24 as a national day of commemoration of the Armenian Genocide on 10 April.

Every year on 24 April Notre Dame cathedral in Paris would hold a requiem mass for the Armenian Genocide victims, with the ceremony slated for 22 April this year. However, due to the blaze that ravaged the cathedral on Monday, the liturgy will be offered at another church in Paris. The iconic cathedral was to hold its 40th mass commemorating the Genocide martyrs this year.

France officially recognized the 1915 Armenian Genocide in the Ottoman Empire in 2001.