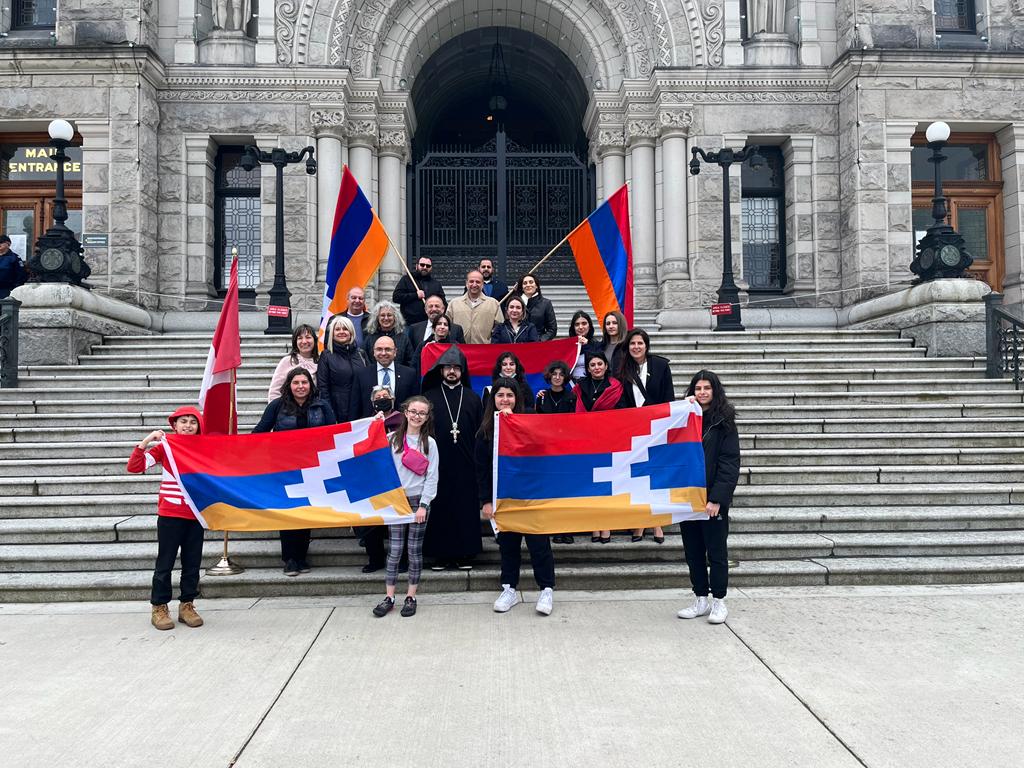 On Monday April 25th over 30 members of the Armenian community of British Columbia , led by the Armenian National Committee of Canada (ANCC) Western Region, were invited to the BC Legislature in Victoria BC to commemorate the 107th anniversary of the Armenian Genocide.

The ANCC delegation was led by ANCC National Board member Titar Kochkrian. The flags of Armenia and Artsakh were flown inside the BC Legislature Building throughout the duration of the event.

The Host and event sponsor was the BC Minister of Health, Hon. Adrian Dix. During his introductory speech, Minister Dix paid tribute to the resilience of the Armenian people in the face of tragedy, and  he lamented how the international community let down Armenia in the aftermath of the Genocide, and more recently, the tepid response to Azerbaijan’s 2020 war on Artsakh, supported by Turkey, during the height of the COVID pandemic.

Opposition Liberal Party member Hon. Teresa Wat and Green Party member Adam Olsen also participated, paying tribute to the victims of the Genocide, and offering  strong words about the need for mankind to fight hate and hate crimes wherever they arise.

ANCC National Committee representative Jack Deragopian focused on the situation in Artsakh, the legitimate concerns about security and self determination for the Armenian people, and the need to hold Azerbaijan accountable for its war crimes, illegal detention of POWs and ongoing cultural genocide.

ANCC WR member Meghrig Sulahian reminded everyone that Armenians have always risen again and blossomed, like the forget-me-not flower, which is a symbol of genocide survival.

Armenian community youth representative Lara Terzian gave witness to the effect of intergenerational trauma, since full healing is impossible until denial is defeated.

Later in the afternoon, in the House, Minister Adrian Dix made the following statement regarding the Armenian Genocide.

Hon. A. Dix: Today in the noon hour, members on both sides of the house gathered in the Hall of Honour to commemorate Armenian Genocide Memorial Day with the Armenian-Canadian community in B.C. I’m grateful to the member for Richmond North Centre and the member for Saanich North and the Islands for also speaking and joining me, as well as the many members of the Armenian community who came here and the many members of the Legislature who took part. As members will know, yesterday was the 107th anniversary of what is seen as the beginning of the Armenian genocide, the rounding-up in Constantinople, or Istanbul, of Armenian community leaders and intellectuals. You will know, hon. Speaker, that over the following eight years, 1.5 million Armenians were killed in the genocide. We come together both to acknowledge the legacy of those people and the legacy of those events, of people killed for who they were, and to acknowledge the strength and force of the Armenian-Canadian community, which has, I think, over the last two decades in particular, changed minds and changed understanding around those questions. I want to thank all members of the House. You know that we all joined together in 2006 as a Legislature to unanimously recognize the Armenian genocide as a crime against humanity. Its denial is a crime against humanity as well. I’d like everyone to wish members of the Armenian-Canadian community welcome. 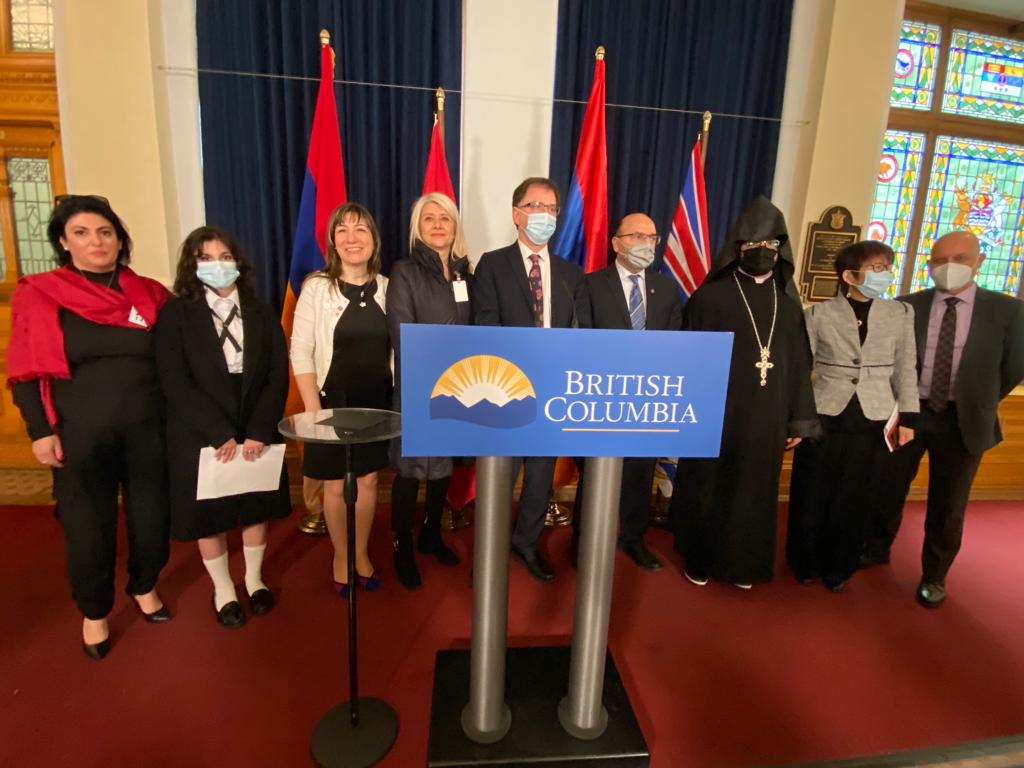