New Book Puts Armenians Back on the Map in Turkey 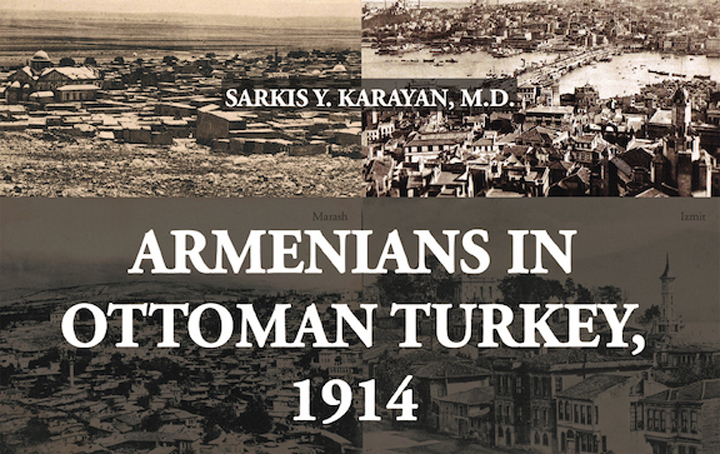 Census of 4,000 Armenian-Inhabited Towns and Villages Proves Population of 2.5 Million in 1914

LOS ANGELES—In 1971, Dr. Sarkis Karayan, was asked by his professor, Dr. Stanley Kerr, to calculate how many Armenians were killed in the Genocide of 1915 perpetrated by Ottoman Turkey. Karayan realized that to answer that question, a different question needed to be asked:  “How many Armenians lived in Ottoman Turkey before the Genocide began?” Though he was a medical doctor, Karayan took on Kerr’s request and began what would become a lifelong research project that culminated in his writing a 674-page book, “Armenians in Ottoman Turkey, 1914: A Geographical and Demographic Gazetteer.”

This landmark volume, the first of its kind, contains a meticulously researched and footnoted list of more than 4,000 Armenian-inhabited towns and villages in 1914 and a census of how many Armenians lived in Turkey in the early 20th century.

Karayan fell ill and passed away before the book was published. Thanks to his wife, Dr. Silva Karayan, the volume was published last month by the Gomidas Institute in London with support from the George Ignatius Foundation and the Armenian Film Foundation.

Gomidas Institute publisher Ara Sarafian was recently in Los Angeles and Fresno to launch the book at events at the Western Diocese of the Armenian Church, Abril bookstore and Cal State University in Fresno. 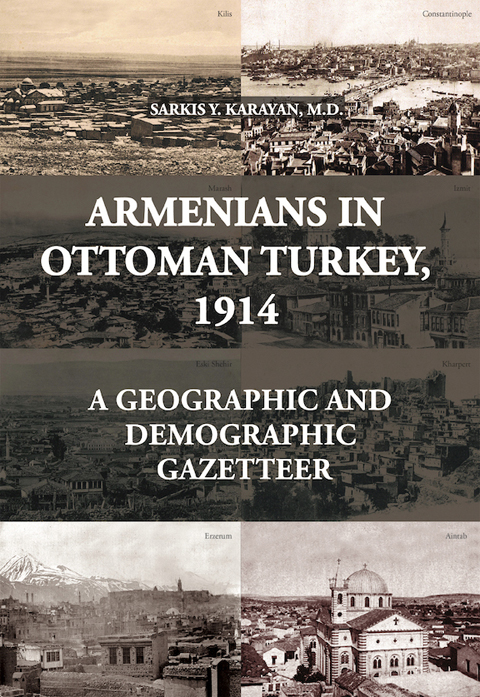 At Abril, on October 23, Sarafian told a full house, “This is the first English language book dealing with the demographic profile of Ottoman Armenians on such a massive scale.  It is the result of several decades of probing Armenian, Turkish, German and French books, maps and archival sources.”

Armenians in Ottoman Turkey, 1914 is a reference book for anyone wanting to know more about their roots in Turkey before the Genocide.  In Fresno, Sarafian told the audience at an event on October 25 hosted by Cal State University Professor Barlow Der Mugerditchian, that “successive Turkish governments have continued with Turkification programs,” including renaming hundreds of Armenian villages starting in 1959, which has made it nearly impossible for people to find the birthplaces of their ancestors.

The book solves that problem because the index lists more than 4,000 names of towns and villages in their original Armenian names and the new Turkish names. The index refers the reader to the Gazetteer in the book, where the exact longitude and latitude and population figures are provided for the once Armenian-inhabited towns and villages in Ottoman Turkey.
Karayan’s work literally puts Armenians back onto the map of Turkey. According to his research, there were 2,534,784 Armenians in the Ottoman Empire in 1914 – and 2,185,000 of them disappeared during World War I.  He footnotes every single population statistic for the 4,093 places in Turkey where Armenians lived.

Brooks spoke about the importance of Karayan’s study for the Armenian Genocides Testimonies collection at the USC Shoah Foundation Visual History Archive. The Shoah Foundation was given an early draft of the book in 2016, and has used it regularly since then in order to establish where survivors in the Armenian collection came from.  Many of these places are simply not on the modern Turkish map, Brooks asserted. Karayan’s study has provided key geographical data for each Armenian Genocide survivor, showing where each person lived, in terms of longitude and latitude.

Dr. Garbis Der Yeghiayan said that finding Armenian towns and villages during the many pilgrimages he has led to Turkey over the past 20 years has been a real challenge.   On his next journey in 2019, he said there would be a difference. “I will not be leading it,” he said holding up Karayan’s book.  “Dr. Sarkis Karayan will be the leader.”

“Armenians in Ottoman Turkey, 1914: A Geographical and Demographic Gazetteer” is available on Amazon  via the Gomidas Institute and the Armenian Film Foundation.