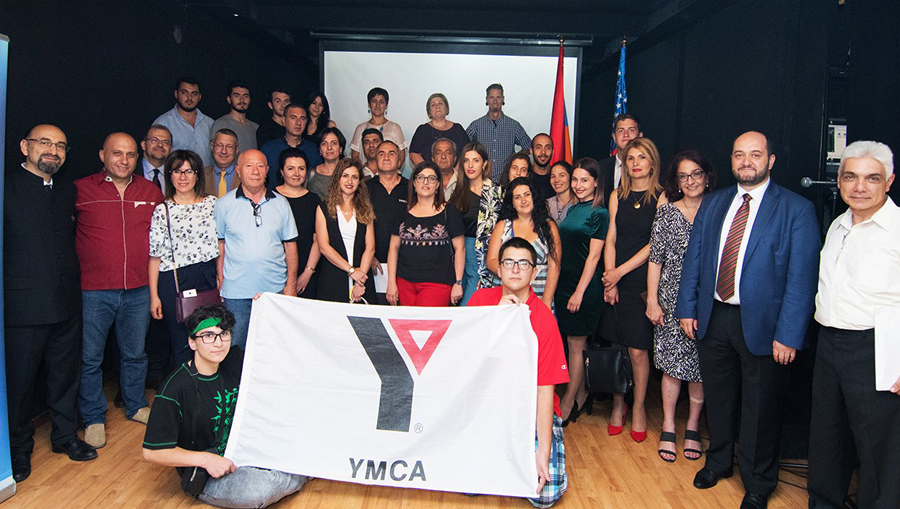 Naregatsi Art Institute hosted the opening ceremony of the exclusive exhibition entitled “American Relief in the First Republic of Armenia 1918-1920” based on historic photographs and archival documents.

It is the first ever public presentation of the story of the near superhuman efforts undertaken by two American YMCA (”Young Men’s Christian Association”) volunteers John Elder and James O. Arroll to rescue Armenians from the many perils they faced during the First Republic of Armenia. The exhibit relies upon John Elder’s own words from his journal, along with the photographs that he made and captioned and original records that he personally saved from the time of his service.

The event was attended by the RA Minister of Education and Science Arayik Harutyunyan, US Deputy Ambassador Rafik Mansour, Zaven Sargsyan, Hayk Demoyan and other honorable guests.

The opening ceremony kicked off with the national anthems of Armenia and the US, performed by Anoush Barclay (accompanist, Harutyun Tagvoryan).

– Due to God’s will and Providence this exhibition sheds light on the crucial stage of American and Armenian history when two American YMCA volunteers stood together and resisted injustice, saving numerous Armenian orphans, – mentioned in his opening speech Nareg Hartounian, the Naregatsi Art Institute founder. He awarded the YMCA with a unique gift—a small cross-stone with NAI logo symbolizing the Lord’s blessing on culture. 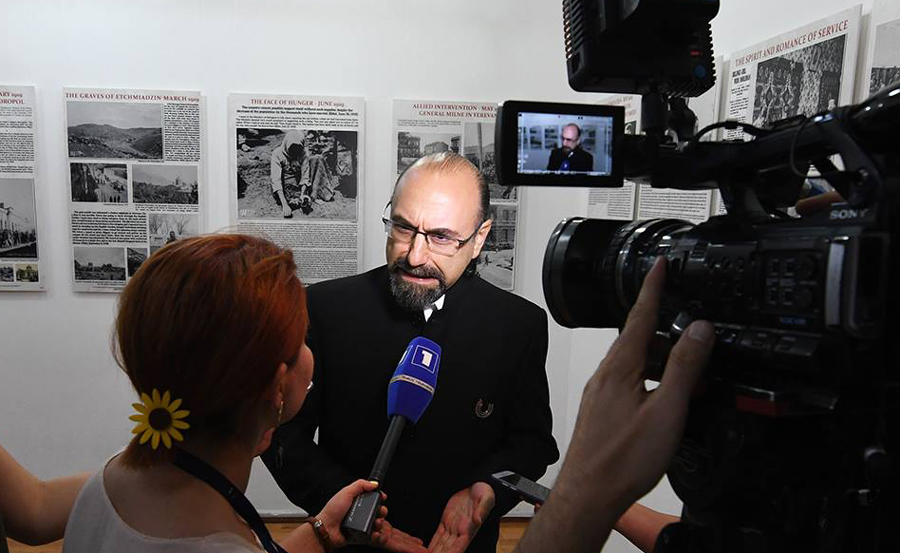 The event was also attended by the Executive Secretary of YMCA Europe Vardan Hambardzumyan, who delivered a welcoming speech.

The exhibit displays 95 images, 64 from John Elder’s photo collection, 8 contemporaneous records and documents, and 4 maps. With 32 quotations from Elder’s journal authenticating the photographs, along with introductory and explanatory text, the exhibit opens a window into life during the first year of the newly independent Armenian Republic in 1918. The exhibit includes the entire set of photographs Elder attributed to his time in Armenia. A number of other American humanitarian workers are also mentioned.

Other American personalities in the region appearing in the exhibit include F. Willoughby Smith, U.S. Consul in Tiflis, who supported the efforts of the relief workers; Robert McDowell, who was at the front when the Turkish forces broke through and invaded Alexandrapol (Gyumri); Dr. John H.T. Main, president of Grinnell College in Iowa, who witnessed the horrific conditions in Armenia firsthand on behalf of the American Committee for Relief in the Near East; missionary Grace Knapp; and John Mott, longtime president of the American YMCA, who, with the encouragement of his friend President Woodrow Wilson, dispatched young Americans wherever they could lend civilian support behind the front to men in combat.

The facts presented in the exhibition have been found due to the cooperation of various bodies. Thanks to the permission and evidence provided by the Elder family and YMCA staff, the story of these committed humanitarians will not be forgotten in the entire world and especially in Armenia. At the height of the conflict in the Caucasus when other relief workers chose to evacuate, John Elder refused to leave fearing that tens of thousands more Armenians would die of starvation if the relief programs were discontinued. He is credited in providing relief for 15,000 Armenian orphans.

The exhibition was presented by the Armenian Assembly of America, the Armenian National Institute (ANI) in Washington, D.C. and the Naregatsi Art Institute. It will be on display until August 25 with free access.