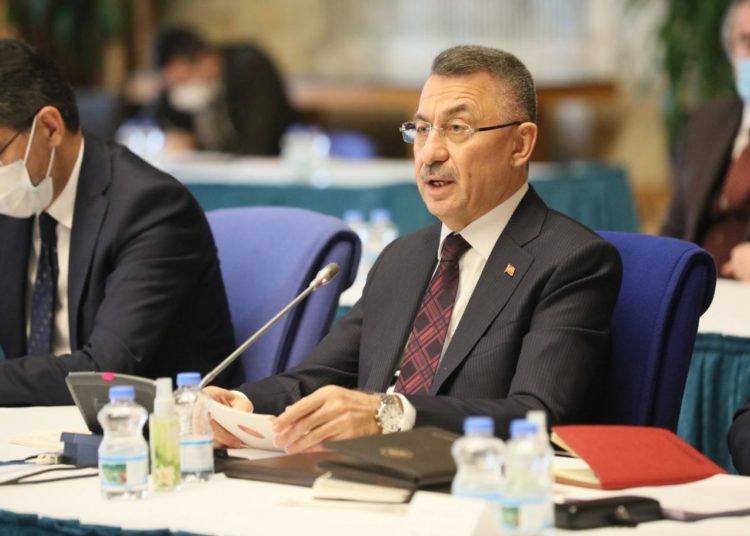 Vice President Fuat Oktay made a presentation on the annual activities of state institutions operating under the Presidency at parliament’s Planning and Budget Committee on November 26. Stating that MİT is a source of pride for the country, Oktay told deputies that the organization renders great service to Turkey’s interests with the operations it carries out abroad.

“In many regions such as Syria, Libya, Upper Karabakh and most recently Afghanistan, the organization has carried out important work that protects our national interests and shapes the balances in the field in favor of our country, in line with our state policy,” he said. “We have not only carried out the most successful operations in our history against terrorist organizations at our borders and just beyond but have also achieved many successes, from ending the 30-year occupation of Karabakh to the struggle for legitimacy in Libya against the putschists.”

Following the war, Turkey and Azerbaijan took concrete steps to improve relations in the military and intelligence fields. The two countries in June signed a protocol known as the Shusha Declaration, emphasizing the military cooperation between them as well as Turkey’s commitment to Azerbaijan’s territorial integrity. According to the text signed by the countries’ presidents, if a third state or states carries out attacks or threats against one of the two parties, the countries will jointly take appropriate initiatives and assist each other militarily to prevent that threat or attack, moving Turkey’s aid and support to a more legitimate ground.