Erdogan Denies the Armenian Genocide During the G20 Summit 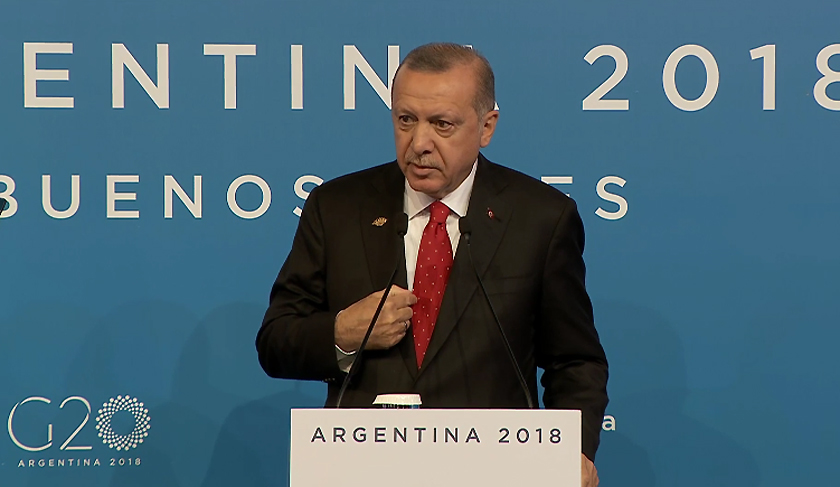 “Turkey cannot be blamed of having committed a genocide against the Armenians… please let’s leave the discussions to the Historians”,  Recep Tayyip Erdogan

“Turkey cannot be blamed of having committed a genocide against the Armenians,” said Erdogan. “On the question of genocide, please let’s leave the discussions to the Historians and let’s listen to what the Historians have to say. This is not a part of our history and I can very confidently say that and we are ready to get involved in any discussion whatsoever,” added Erdogan.

“Do you know how many Armenians live in my country right now? Hundred of thousands. About 30,000 of them are citizens and the rest are undocumented. They have fled Armenia only to settle in Turkey. And we allow them to do so. A total of 100,000 Armenians live in our country. They were never discriminated on the basis of citizenship, we have never deported any Armenians on those grounds. We are very humane in our conduct and we will keep on doing so,” said the Turkish President.

“The response is cynical for several reasons, including the validity of Article 301 of the Turkish Criminal Code, which under the figure of ‘denigrating Turkish identity’ has allowed prosecuting and imprisoning intellectuals, including Historians, for speaking explicitly about the Armenian Genocide,” replied the Armenian National Committee of South America.

“Turkey blocked unilaterally its border with Armenia in support of Azerbaijan for the Nagorno-Karabakh war, which makes the argument of the welcome it gives to Armenian residents in their country very unconvincing,” they added.