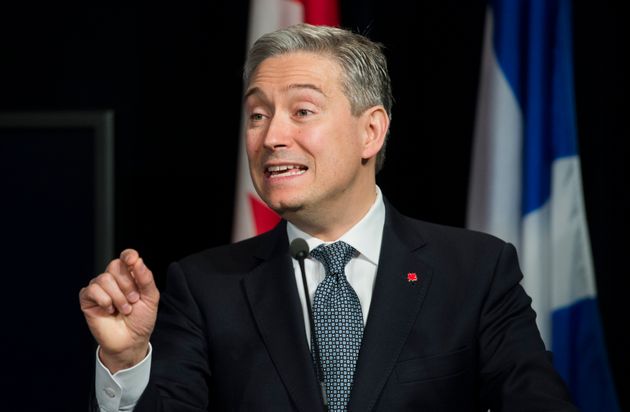 Champagne made the pledge in an interview with The Canadian Press as Turkey faces allegations it is involved in this week’s renewed fighting between Armenia and Azerbaijan.

He was responding to calls from arms-control watchdogs, Armenian Canadians and New Democrats to suspend the export of a targeting sensor made by a Burlington, Ont., company that is allegedly being used in Turkish attack drones.

Turkey, a member of NATO with Canada, has said it supports Azerbaijan in renewed fighting with Armenia that broke out Sunday.

Armenia has accused Turkey of redeploying fighters from Syria and F-16 fighter jets to support Azerbaijani forces, but Turkey has denied sending people or arms to the conflict.

Russia and France have both said they have proofs of transfer of mercenaries to Azerbaijan.

Champagne and his British counterpart, Dominic Raab, have expressed concern over the wide-scale military action between Armenia and Azerbaijan and are calling on them to peacefully negotiate through the Organization for Security and Co-operation in Europe.

The Canadian disarmament group, Project Ploughshares, has issued a report that alleges Turkey is increasingly using a targeting sensor made by L3Harris WESCAM, a Canadian subsidiary of the American company L3Harris, and that it poses a substantial risk of human rights abuses.

“I’ve immediately directed our officials to investigate the claims,” Champagne said in a Thursday interview with The Canadian Press. “I’m willing to suspend or cancel any permit that is found . . . to have been misused.”

Champagne said he is committed to “upholding the highest standards” when reviewing export permit requests from companies, including Canada’s commitment to the United Nations Arms Trade Treaty.

“I’ve been talking with the different interest groups, which have raised these issues, and I take their concerns seriously,” he said.