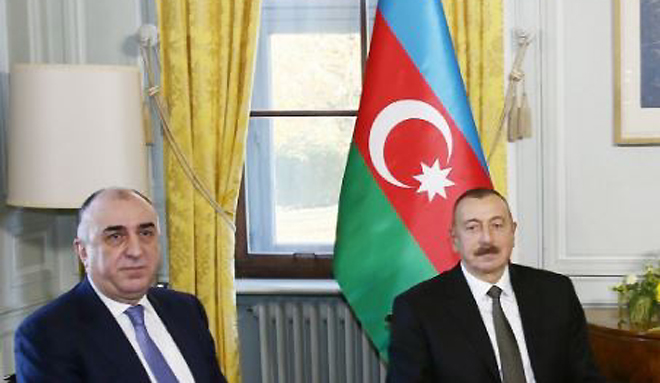 BAKU (Reuters) – Azeri President Ilham Aliyev sacked his foreign minister on Thursday after accusing him of “meaningless negotiations” with neighbouring Armenia amid a flare-up in hostilities between two South Caucasus countries.

Eleven Azeri soldiers and a civilian and four Armenian servicemen have been killed in border clashes.

Aliyev said on Wednesday Foreign Minister Elmar Mamedyarov did not do enough to try to resolve the conflict.

“What was the foreign minister doing? Where he was? We were all at work after the July 12 events … and I could not find him,” Aliyev told a government meeting of the start of the clashes on Sunday.

“… Unfortunately, recently our diplomacy is not compatible with the successful development of our country. In some cases it is engaged in meaningless work, meaningless negotiations.”

Mamedyarov, 60, has been foreign minister since April 2004.

According to the president’s decree, former education minister Jeikhun Bayramov was appointed to succeed Mamedyarov.