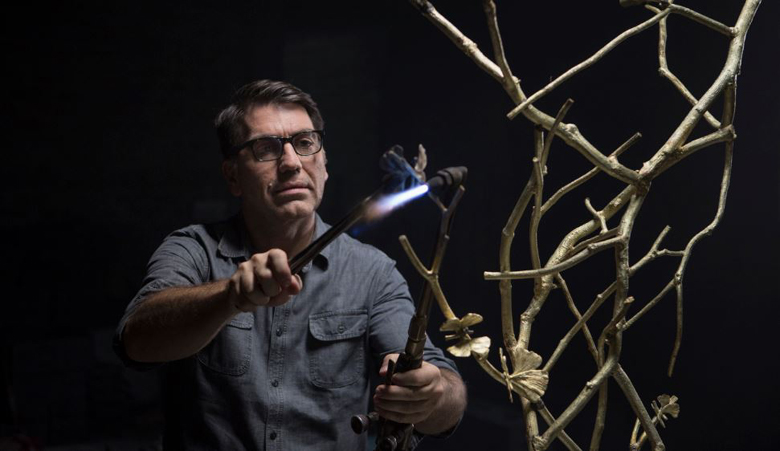 A collaboration between Fund for Armenian Relief (FAR) and Michael Aram has led to the launch of a new scholarship program for those from disadvantaged backgrounds who wish to pursue a career in arts and design.

Michael Aram, an award-winning Armenian-American artist, has dedicated his career to craft-based design. Trained as a painter, sculptor and an art historian, Michael has neatly applied his diverse background to the decorative arts. His work is a celebration of craft and age-old hand working traditions.

FAR was thrilled to partner with this multitalented artist and, with this new scholarship program, hopes to lay a foundation for future generations of Armenian artists and designers by supporting them in the pursuit of promising opportunities.

Lusine Avetisyan, 20, the scholarship’s first recipient, was born and raised in Yerevan. Since childhood she has enjoyed working with materials—wood, rubber and clay, for example. “Such materials allow you to spark your creativity and design different pieces of boundless styles and forms,” she said.

She enrolled in the Decorative Applied Arts Program at the State Academy of Fine Arts of Armenia in 2017. But with her studies came financial strain.

“At some point I decided that I needed to start working to help cover the tuition. But because I had to be at the academy from 9 am to 6 pm every day for classes and studio work, I couldn’t find myself a job in the evening that I would be able to manage with my schedule,” said the student whose father’s modest salary at the Department of Inspection of Food and Beverages could barely cover her family’s living expenses plus her tuition. “My parents were in a tight corner.”

When she first heard of FAR’s new scholarship, publicized through the arts academy, she jumped on the opportunity and immediately applied.

“Our committee supported Lusine’s candidature because she has a great potential,” said Mr. Matulyan. “She is creative, genuine, and she feels the elements to her bones. In her works, there was a balance in size and shape, a sense of togetherness and harmony, which was interesting. She certainly has talent, but she also has room for development.”

While Lusine had previously shown herself to be a serious student, having participated in several different exhibitions during 2018 and 2019, she also received an award for her painting and ceramic works, which were part of the A Glance from Another Corner exhibition at the State Academy in February. She also credits the scholarship with boosting her motivation and ambition. 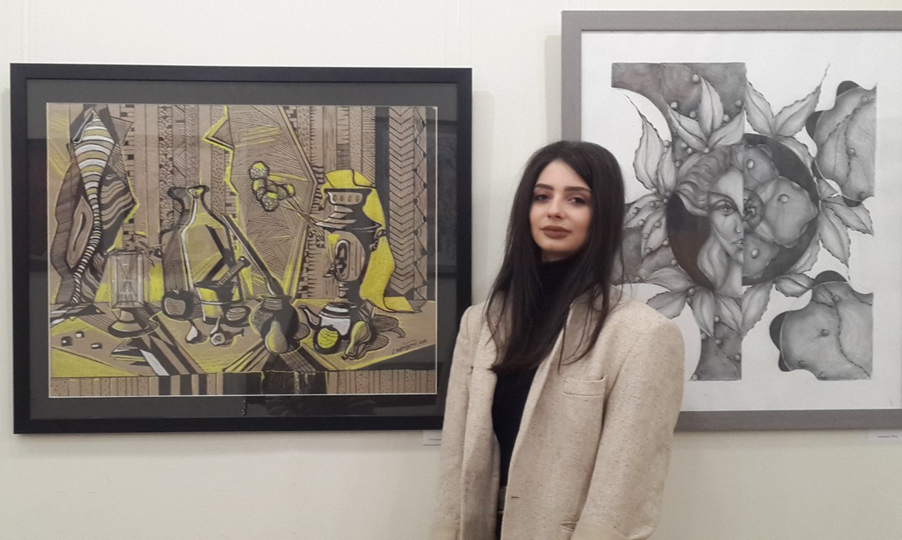 “The scholarship regenerated hope in me; it has eased my family’s financial burdens by 100%. Now I feel a real duty to do my best to get high scores at the academy and make some great achievements in the future, to justify I deserve this high recognition” she said.

Now in her third year of school Lusine hopes to pursue a master’s degree in the future. Eventually, she wants to open her own art studio with a second purpose of offering art therapy specifically to children with speech impediments and mental health issues. Working with materials, specifically sand and clay, are very beneficial in assisting those who have problems with speech and communication, she said.

“FAR and Michael Aram have invested in my education and I want to invest my earnings in something good too. I don’t just want to convert my work into money,” she said. “I want to do something for people in need for help or empowerment. Life would be much better if each of us could use his/her professional capacities to help others, like Michael Aram does”

Aram hopes to help many through the scholarship.

“Supporting future generations of creatives is important to me,” he said. “And it is my sincere hope that the Michael Aram Scholarship Program enables many young and talented people to pursue a career in art and design, those who might otherwise face financial obstacles in getting an advanced degree.”