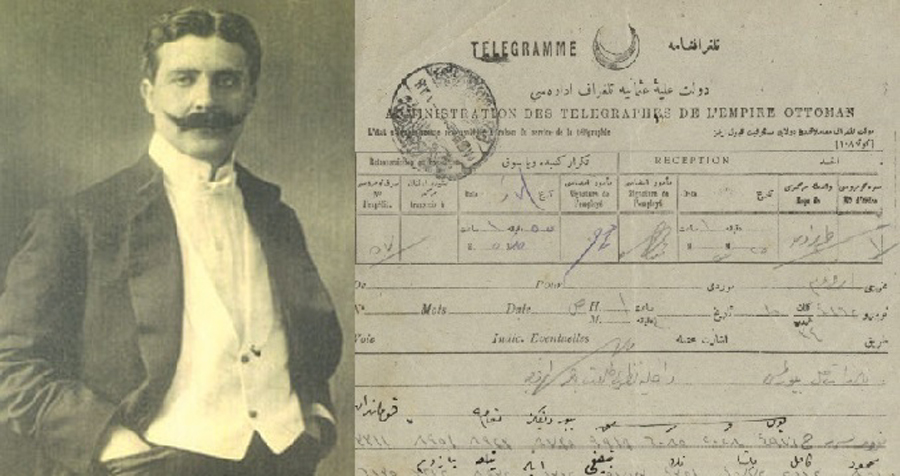 (Courthouse News) – For nearly a century, scholars may have been overlooking key pieces of evidence detailing the decision of the Ottoman Empire to exterminate millions of Armenians during and after World War I.

Research published Wednesday in the Journal of Genocide Research by Turkish scholar Taner Akçam authenticates the signature of Bahaettin Şakir, an influential member of the Young Turks who formed the Central Committee of Union and Progress responsible for carrying out the killings. In his letter dated March 3, 1915, Sakir confirmed Istanbul had sanctioned the annihilation of the Armenian people – more than a month before April 24, which many historians recognize as the start of the genocide.

“These letters indicate there was an actual, conscious decision taken to annihilate the empire’s Armenian population and that it was taken before March 3, 1915,” Akçam said in a statement. “Moreover, there were other related decisions which preceded this final one, as a series of documents we discovered in the Ottoman Archives shows.”

Bahaettin Şakir made no efforts to hide behind euphemisms, writing in his letter that the Committee of Union and Progress “has decided to annihilate all of Armenians living within Turkey, not to allow a single one to remain, and has given the government broad authority in this regard. On the question of how this killing and massacring will be carried out, the [central] government will give the necessary instructions to the provincial governors and army commanders.”

The letters were first presented among other handwritten documents by journalist Aram Andonian in 1921.

But objections raised by the Turkey Historical Society in 1983 questioning their authenticity were widely accepted until recently. To this day, the modern Turkish government declines to use the word genocide, instead describing the dead as “victims of a civil war” killed in order to protect the empire’s borders.

In the United States, 49 out of 50 states recognize the Armenian Holocaust even as Congress has killed two resolutions to adopt that as the official foreign policy. U.S. Rep. Adam Schiff, D-Calif., most recently sponsored a new House resolution “Affirming the U.S. record on the Armenian Genocide” which has languished in the House Committee on Foreign Affairs since its introduction in April.

However politicians chose to recall history, most historians maintain the systematic killing of the Armenian people falls under the dictionary definition of genocide. The question among scholars is instead whether the killings were premeditated or gradually radicalized. In his work, Akçam argues that governors in Erzurum, Van, and Bitlis likely pushed the central government toward radicalization.

Throughout December 1914, mass murders were being carried out in individual provinces, with men the initial target. Akçam wrote, “For example, 11 identified Armenians in Başkale were arrested on the pretext that they had to be brought to Van and were murdered on the way there. In some villages, the entire male population above the age of 10 was killed. The same method was used in the counties of Özalp and Saray.”

The regional efforts to wipe out Armenians eventually informed national policy in Turkey, according to Akçam.

“The more radical policy decisions regarding the Armenians, while initially made at the regional level, would eventually serve to pressure the central government in Istanbul to adopt a more radical overall policy,” Akçam explained. “In short, the ‘radicalization’ of policy vis-à-vis the Armenian population was first experienced in the periphery and only later adopted and expanded by Istanbul.”

The authentication of the Bahaettin Şakir letters, Akçam says, provides documentation that the attacks later carried out in April 2015 were approved in advance by the central government.