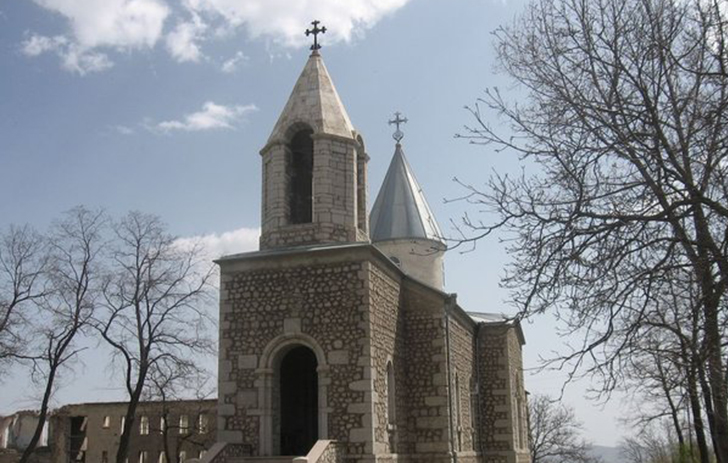 Panarmenian – After the six-week war in Nagorno-Karabakh, at least 1,456 immovable monuments of Armenian history and culture have remained under the control of Azerbaijan, the Artsakh (Karabakh) Ombudsman said in a fresh report on the threats to the Armenian cultural heritage.

The report says 161 monasteries and churches, 591 khachkars, the ancient monuments of Tigranakert, Azokh, Nor Karmiravan, Mirik, numerous fortresses, castles, shrines and other monuments, eight state museums with 19,311 exhibits, as well as private museums of carpets and Armenian drama in Shushi have remained in areas seized by Azerbaijan during hostilities.

During the recent military hostilities, Azerbaijani forces launched two targeted attacks on the Holy Savior Ghazanchetsots Cathedral in Shushi. After taking control of the city, they destroyed the domes of Saint John the Baptist Church. Azerbaijan earlier “restored” a church by replacing its Armenian inscription with glass art.