“We will save our homeland together”: Armenia opposition rally in Yerevan 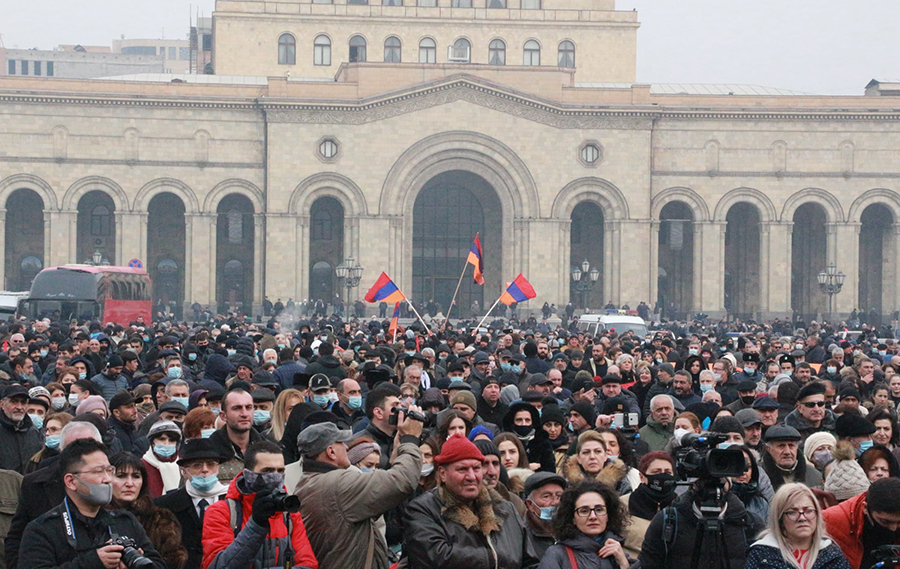 Panarmenian – Supporters of opposition parties have gathered at the Republic Square in Yerevan to demand the resignation of Prime Minister Nikol Pashinyan.

The rally is being held on Tuesday, December 22 under the slogan “We will save our homeland together”, with the speakers urging protesters to bring their families and friends along. They are chanting their demand without actually giving Pashinyan’s name: “Armenia without it”.

According to Gegham Manukyan from Dashnaktsutyun (Armenian Revolutionary Federation), they are joined by 700 lawyers who have been striking since Monday, the road from Yerevan to Vanadzor is blocked, and gas stations are on strike in Vanadzor, the third biggest city in Armenia.