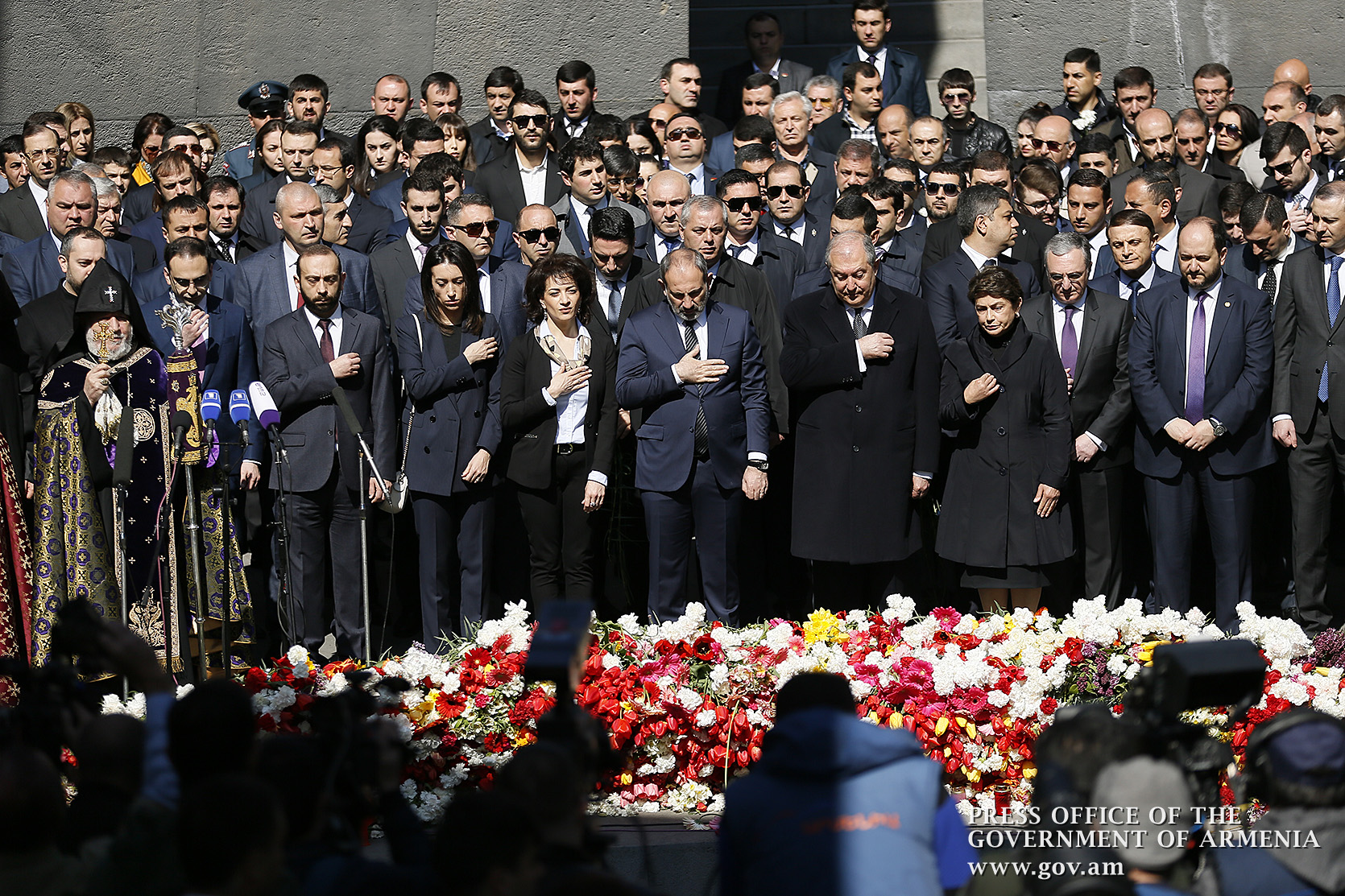 Prime Minister Nikol Pashinyan, President Armen Sarkissian, representatives of legislative and executive authorities visited the Tsitsernakaberd Memorial to pay tribute to the memory of the 1.5 million innocent victims of the Armenian Genocide.

His Holiness Karekin II held a memorial service for the peace of souls of the Armenian Genocide victims.

Prime Minister of Armenia Nikol Pashinyan addressed a message on the Remembrance Day of the 1915 Armenian Genocide, the PM’s Office told Armenpress.

“Today we are paying a tribute to the memory of the Armenian Genocide victims.

One of the peculiarities of the Armenian Genocide is that the people who were subjected to genocide were not only exterminated physically, but also were deprived of the right to live in their homeland. We have been consistently deprived of the land where the Armenian culture, the Armenian identity have been formed and developed over millennia. The cultural heritage comprising the Armenian identity, including thousands of schools, churches and monasteries, have been destroyed. The bearers of the essence of the Armenian culture, its intellectuals and clergymen, have been killed. This was a major blow not only to the Armenian people, its culture and culturological type, but also the entire human civilization. A unique layer being as part of the global culture has been lost irrevocably. With the genocide of Armenians, Greeks and Assyrians, the cultural image of an entire region has changed irrevocably. Wasn’t this a crime against humanity?

The perpetrator killed our poets, those who made up our conscience, the core of our identity. Thus, our constant fight is for the preservation of our essence, our nature. Forgetting their memory, their cultural heritage, we will betray our essence. Keeping their memory bright, fighting for the restoration of justice, we will acquire immortality. Thus, we will be consistent in the international recognition of the Armenian Genocide”.