‘We have reached the red line of our dignity,’ says hunger striker in Yerevan square 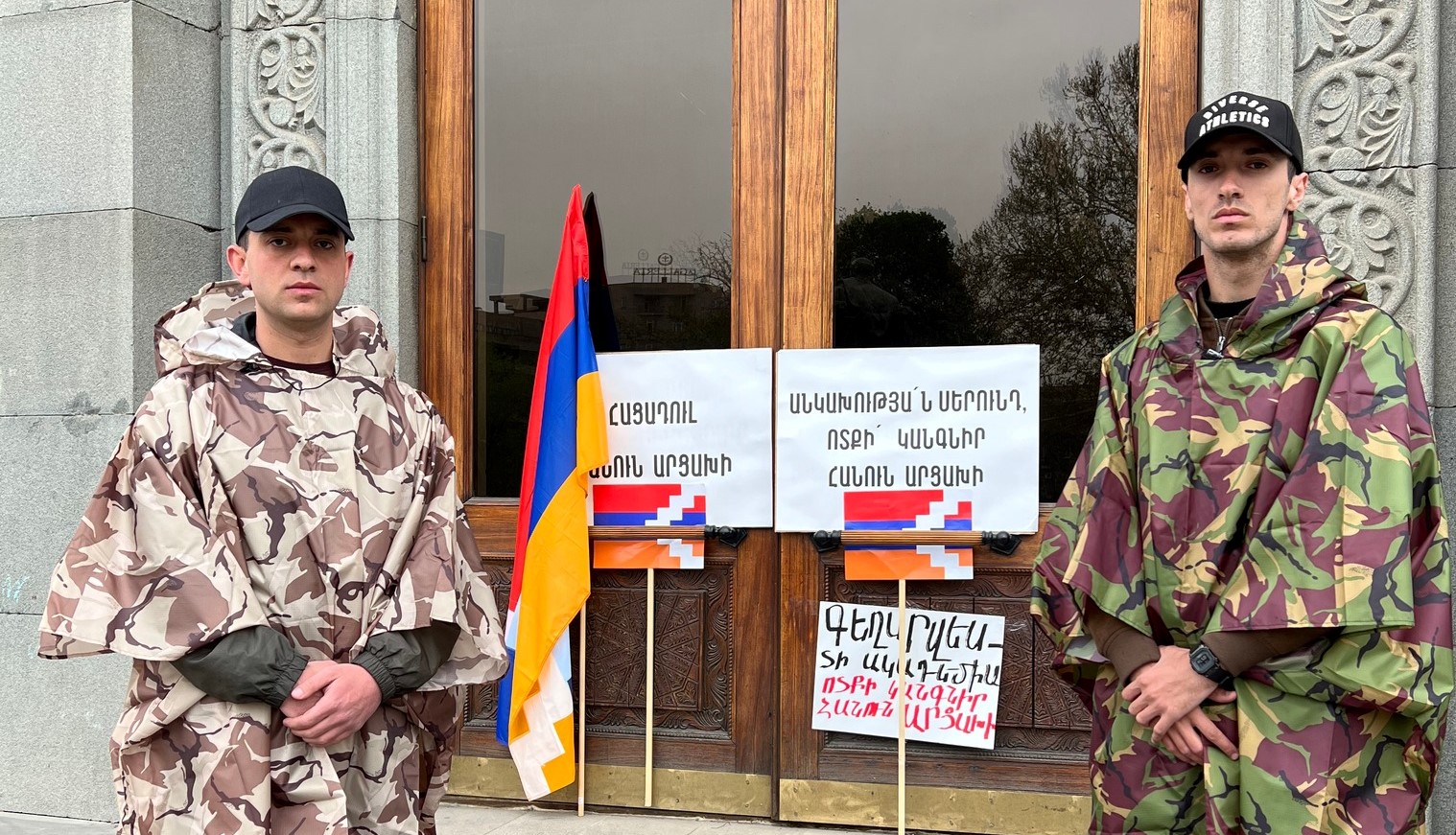 Nver Kirakosyan, a participant in the 44-day war who has gone on a hunger strike in Yerevan’s Liberty Square along with another war participant Artur Avagyan to protest against the Armenian authorities’ policies on Artsakh, urged all to put aside their political differences and join the struggle for the homeland.

The young men announced an indefinite hunger strike on Monday morning, joining an open-ended sit-in started by opposition leader Artur Vanetsyan and other activists in downtown Yerevan on Sunday evening.

“Our hunger strike indicates whether the generation of independence is ready to get together at a critical moment and stand up for its values. We have reached the red line of our dignity, we are in a critical situation. The hunger strike is aimed at conveying this message,” he said in a Facebook live video on Wednesday.

The protester denied affiliation with any political party or individual, saying they are fighting for the “absolute values”.

Kirakosyan says that many young men have expressed readiness to join the hunger strike, but he and Artur Avagyan do not allow them to do so. However, he urged young people to come to Liberty Square on Wednesday evening to take part in public discussions.

The protest comes after Pashinyan’s latest statements on the need to “lower the bar” on Artsakh’s status and recognize Azerbaijan’s territorial integrity.