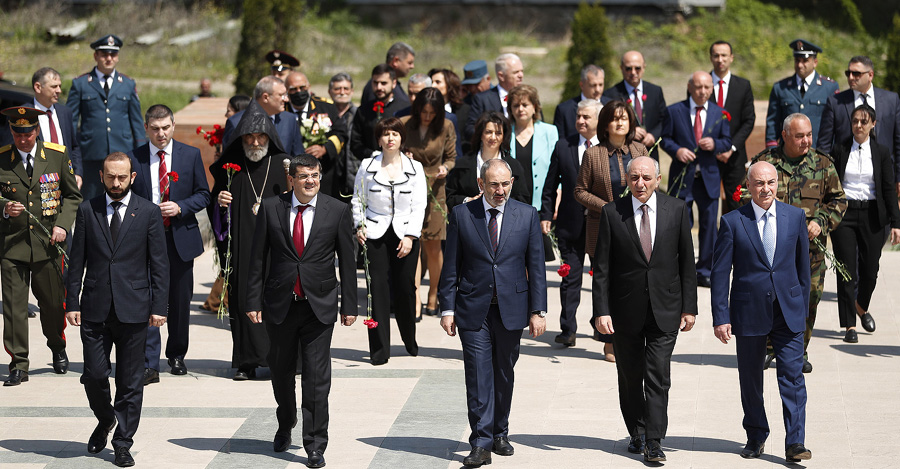 Prime Minister Nikol Pashinyan and Mrs. Anna Hakobyan participated in festive events in Stepanakert dedicated to the 75th anniversary of Victory in World War Second, the Liberation of Shushi and the formation of the Artsakh Defense Army, reports Public Radio of Armenia.

High-ranking officials of the Republics of Armenia and Artsakh visited the Stepanakert Memorial, where they laid wreaths and flowers at the monument to the freedom fighters killed in the Great Patriotic War and the liberation of Shushi.

Afterwards, high-ranking officials of the two Armenian republics laid flowers at the Tank Monument in Shushi and the monument to Commander Vazgen Sargsyan, honoring his memory.