WASHINGTON, DC – The Vice-President of the National Assembly of Armenia, Ishkhan Saghatelyan alerted U.S. House and Senate leaders to the broad scope and profound depth of the humanitarian crisis facing Armenian families of Artsakh, drawing urgent attention to the destabilizing and destructive impact of U.S. military assistance to Azerbaijan in materially strengthening and morally emboldening the Aliyev government’s ongoing aggression.

The Parliamentary Vice-President called the attention of U.S. legislators to the results of “Azerbaijani ethnic-cleansing and ongoing energy blockades, diversion of water resources, destruction of farmland, and other forms of terror and aggression.” He identifies specific areas of greatest need: “Urgent assistance to Artsakh is needed in the areas of refugee relief, housing, food security, water and sanitation, healthcare, rehabilitation, and the UXO removal.” Saghatelyan adds that “a comprehensive needs assessment can help identify the specific requirements in each of these spheres of activity.”

In closing, the Vice-President stressed: “Please know how very much the people of Armenia and Artsakh value and appreciate your principled leadership, past and present, in providing humanitarian assistance to Artsakh. We are grateful for your work on this urgent priority, as well as your steadfast support for the mission of the OSCE Minsk Group and your efforts to address the destabilizing and destructive impact of U.S. military assistance to Azerbaijan that both materially strengthens and morally emboldens the Aliyev government’s ongoing aggression.” 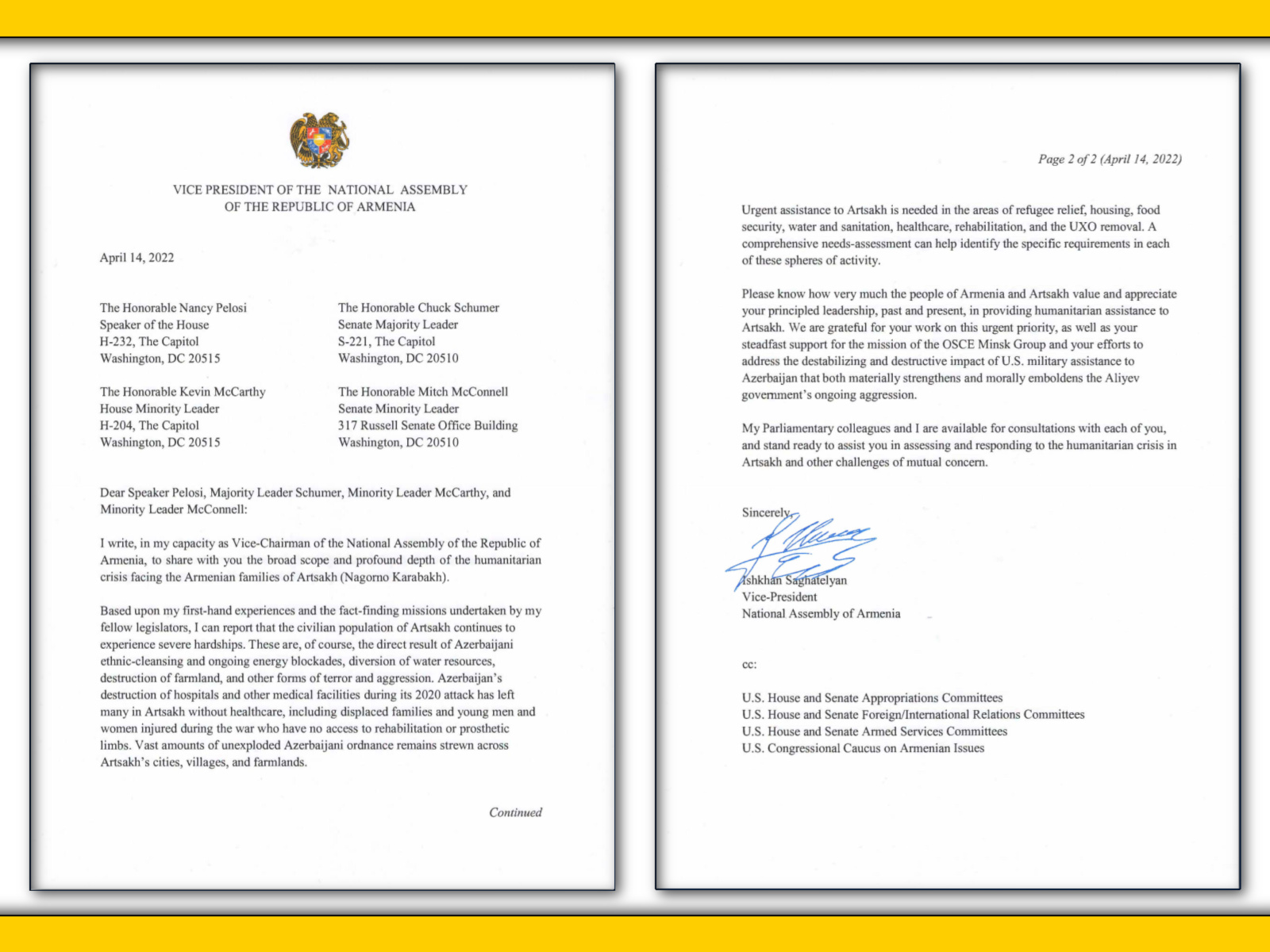 The U.S. Senate and House have begun preparing their versions of the FY2023 Foreign Aid Bill, which will be considered in the upcoming months.  The Congressional Armenian Caucus is currently gathering signatures in the U.S. House for a letter calling for $50 million in U.S. aid to Artsakh, $100 million in U.S. aid to Armenia, and zeroing out military aid to Azerbaijan.  The Armenian National Committee of America is leading grassroots efforts in the Armenian American community and among its coalition partners to rally support for the Congressional letter and lay the groundwork for similar efforts in the Senate.