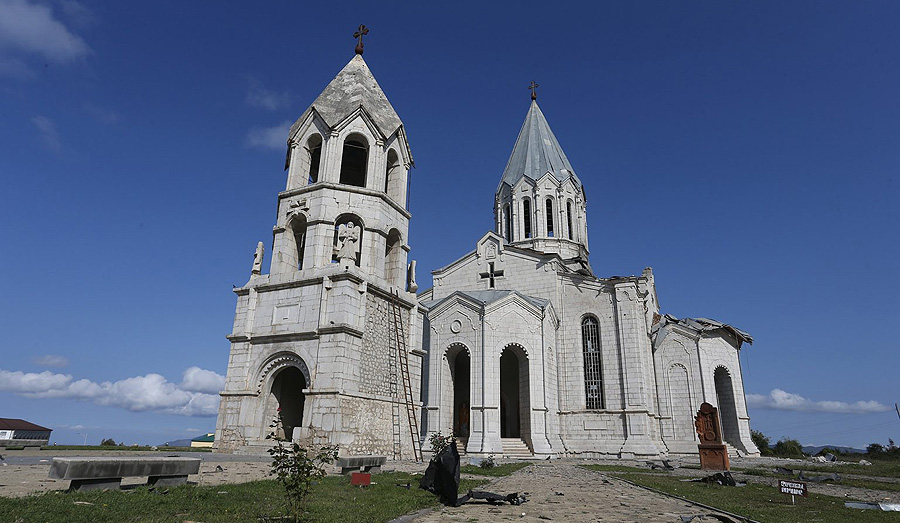 Armradio – Churches and historical monuments on the territory of Nagorno-Karabakh controlled by Azerbaijan are under threat, Karekin II, Supreme Patriarch and Catholicos of All Armenians, told Izvestia.

According to him, Baku refuses to let UNESCO representatives to personally assess the situation around the heritage. At the same time, the Primate of the Armenian Apostolic Church notes that Russian peacekeepers are making every effort to ensure the preservation of historical and cultural monuments.

Karekin II expressed gratitude to Vladimir Putin for his personal contribution to ending the war in the region.

He said a special department has been created in the Armenian Apostolic Church to control the preservation of monuments of international importance, Karekin II said.

According to him, the clergy appealed to religious leaders, international cultural organizations and structures, as well as to UNESCO. However, he added, the proposal to admit UNESCO observers to the territories controlled by Baku did not find support from Azerbaijan.

The Primate of the Armenian Apostolic Church expressed hope that through the efforts of the co-chairs of the OSCE Minsk Group, including Russia, it would be possible to take immediate steps to preserve the monuments.