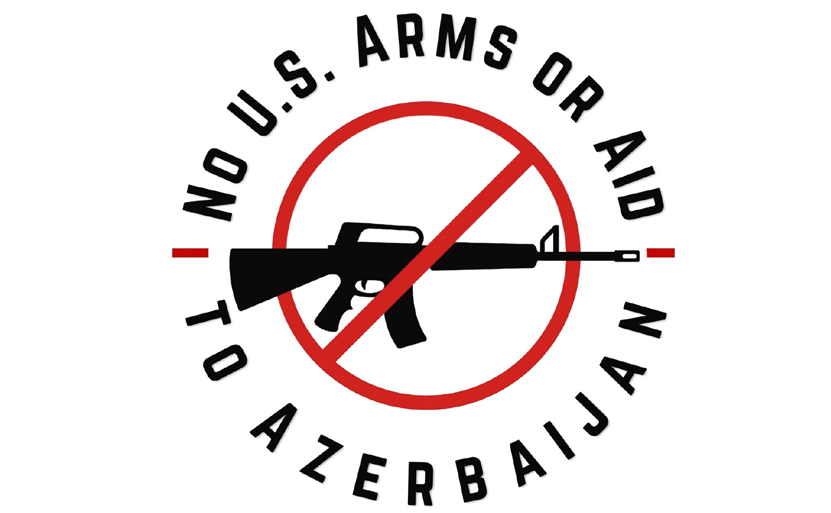 WASHINGTON, DC – Biden’s waiver of Section 907 restrictions on U.S. aid to Azerbaijan and the disparity in military assistance between Armenia and Azerbaijan must be addressed by Secretary of State Blinken, stated the report accompanying the Fiscal Year 2022 Foreign Aid Bill, presented and adopted by the House Appropriations Subcommittee on Foreign Operations earlier this week, reported the Armenian National Committee of America (ANCA).

“We welcome today’s U.S. House report language as a first step toward rolling back President Biden’s reckless waiver of Section 907 and stopping all U.S. arms and aid to the oil-rich, racist, and openly anti-Armenian Aliyev regime,” said ANCA Government Affairs Director Tereza Yerimyan. “Not a single U.S. tax dollar should ever be shipped to the Azerbaijani military to kill, cripple, or capture Armenians.”

In recent weeks, over 100,000 letters have already gone to U.S. Senate and House members to zero-out military assistance to Azerbaijan through the ANCA’s online portal – anca.org/stop.

With regard to President Biden’s waiver of Section 907, the report stated, “The Committee is concerned by disparity in military assistance provided to Azerbaijan in comparison to Armenia that is enabled by the annual waiver of Section 907 of the Freedom Support Act by the Secretary of State, including the most recent waiver signed by the Secretary on April 23, 2021. The Committee directs the military balance between Azerbaijan and Armenia and the diplomatic consequences of such disparity in military assistance be considered by the Secretary in any decision with respect to the renewal of the Section 907 waiver during fiscal year 2022.”

Earlier this week, Yerimyan submitted testimony to the U.S. Senate Appropriations Committee, where she noted that “now, more than ever, Artsakh and Armenia are in need of strong bilateral relations with the U.S. and a robust aid program to rehabilitate it from the devastating impact of the war with Azerbaijan and Turkey and the COVID-19 pandemic.”  The ANCA has called for $250 million in U.S. assistance to Artsakh, $100 million in U.S. assistance to Armenia, and strengthening of Section 907 restrictions on U.S. aid to Azerbaijan to block all military assistance to the Aliyev regime.  Yerimyan submitted similar testimony to the U.S. House Appropriations Committee weeks ago.