U.S. Armenians Sue Turkey to Visit Their Native Land Without a Passport 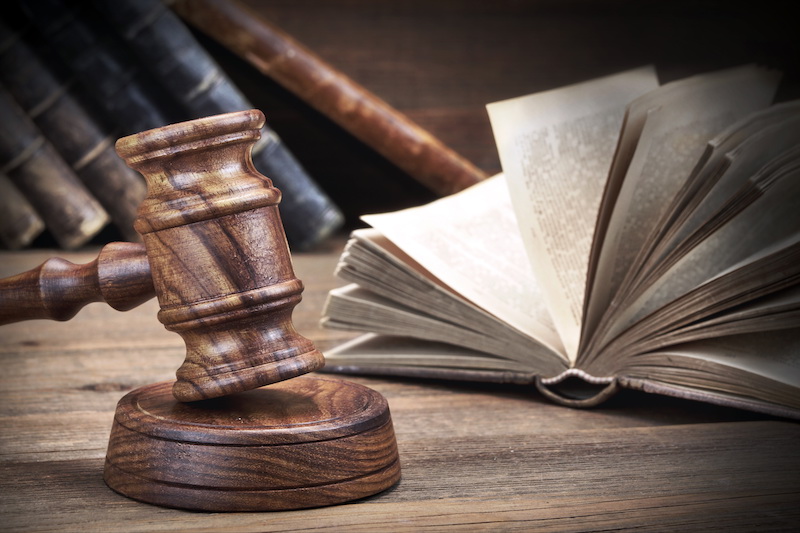 A unique lawsuit, not based on the Armenian Genocide, was filed on May 29, 2019, by two Armenian-Americans against the Turkish government in the United States Federal Court, Central District of California.

The lawsuit was filed on behalf of Barkev Ghazarian, 88, and his son Garo Ghazarian claiming “statutory elder abuse, intentional affliction of emotional distress, violation of international law, breach of fiduciary duty, and intentional interference with expectation of inheritance,” according to a 44-page complaint filed by the law firm of Kerkonian Dajani LLC.

The complaint alleges that the plaintiffs suffered personal injury caused by tortuous acts or omissions of the Turkish government’s employees or agents in the United States.

In the 1930s, Kaladouran was a small Armenian village on the outskirts of Kessab, Syria. Barkev Ghazarian was baptized as an Armenian Christian “at a sacred ceremonial site in Ballum, Turkey, in 1931,” according to the lawsuit. Ballum or Barlum is the ancient site of Greco-Roman ruins, located a short distance from Kaladouran. For centuries local Armenians, including Barkev’s family, went on pilgrimages to Ballum to perform their religious and cultural rites.

In 1939, Kaladouran was divided between Syria and Turkey, leaving Barkev’s home on the Syrian side, while his family’s fields and lands remained on the Turkish side. Since Ballum was also left under Turkish control, the Armenians of Karadouran could no longer practice their rituals in that locality.

On October 11, 2017, Barkev decided to go to Turkey to visit Ballum. He submitted his visa application to the Turkish Embassy in Washington, D.C., indicating that his expected entry date would be December, 23, 2017. In the visa application, under the category of “Type of passport,” he checked the box for “Other,” and under “please specify,” he wrote, “Armenian minority Christian (Treaty of Lausanne).” Barkev also indicated that he was born in Karadouran, Turkey, and was seeking entry “for religious pilgrimage” purposes. He intended “to pass native religious and cultural traditions to his son, Plaintiff Garo, and progeny,” according to the lawsuit.

Coincidentally, on October 8, 2017, Turkey suspended issuing visas to U.S. citizens in retaliation to a similar ban by the United States to Turkish citizens until December 28, 2017. Barkev did not possess a U.S. passport, but even if he did, Turkey would have refused to issue him an entry visa under the ban. The Turkish Embassy received Barkev’s visa application 71 days prior to his arrival in Turkey, whereas the Embassy required that such applications be submitted at least 30 days prior to his expected date of departure. Having received no response from the Turkish Embassy, Barkev sent a reminder on December 6, 2017, inquiring about the status of his visa application.

On December 11, 2017, an employee of the Turkish Embassy called the office of Barkev’s son Garo, indicating that the Embassy did not know what type of visa Barkev was requesting, even though it was clearly marked “short stay” on the visa application. In response, Barkev sent an email to the Embassy on December 18, 2017. Then on December 21, 2017, he sent a reminder to the Embassy by overnight mail. On December 22, 2017, on the same day that Barkev was supposed to fly to Turkey, the Embassy’s Consular Section sent an email to Barkev instructing him to reapply to the Turkish Consulate in Los Angeles with a passport. The complaint filed by Barkev’s attorneys stated that Turkey’s representatives “harassed, agitated, confused and thwarted Barkev, intending to devalue his identity as an Armenian Christian born in Turkey.”

The lawsuit also quoted Mustafa Kemal Ataturk, the founder of the Republic of Turkey in 1923, proclaiming: “Armenians have no rights at all in this prosperous country. The land is yours, the land belongs to the Turks. In history this land was Turkish, therefore it is Turkish and will remain Turkish forever. The land has finally been returned to its rightful owners. The Armenians and the others have no rights here at all. These blessed regions are the native lands of the true Turks.”

The lawsuit further stated that “by such proclamations, and then through a series of legislative, executive, administrative, and other official and/or unofficial acts, Defendant established the Targeted Policy at the very founding of the Republic of Turkey. The core purpose of the Targeted Policy was to strip native Armenian Christians of their rights and identities by dehumanizing, degrading, expropriating, alienating, disenfranchising, liquidating and otherwise severing Armenian Christians from their native lands and their native customs and religious practices on such lands. This Targeted Policy has been pursued, institutionalized, enhanced and adhered to by Defendant’s successive governments and agents.”

The lawsuit accused Turkey and its agents of violating the following international agreements by their mistreatment of Barkev:

Unfortunately, Barkev’s health has deteriorated since his planned visit to Turkey in 2017 to the extent that he is no longer able to travel. This was the last chance Barkev had to visit his native land and practice his religious rites as a Christian Armenian. The Turkish government deprived Barkev of that opportunity by not granting him a visa.

On June 10, 2019, the U.S. Federal Court asked the Plaintiffs to show cause, in writing no later than June 28, 2019, as to why the case should not be dismissed for lack of subject matter jurisdiction. As requested by the Court, the Plaintiffs filed a 25-page memorandum on June 28, 2019, explaining that Turkey, as a foreign Sovereign, does not have the right to violate U.S. and international humanitarian laws, particularly on American soil.

On July 11, 2019, the Federal Court decided that it would “defer a determination about its jurisdiction until after Turkey has been served and had an opportunity to provide its views on the issue.”

This lawsuit provides a unique opportunity to affirm the rights of Armenians to visit their native lands now occupied by the Turkish government without a visa!