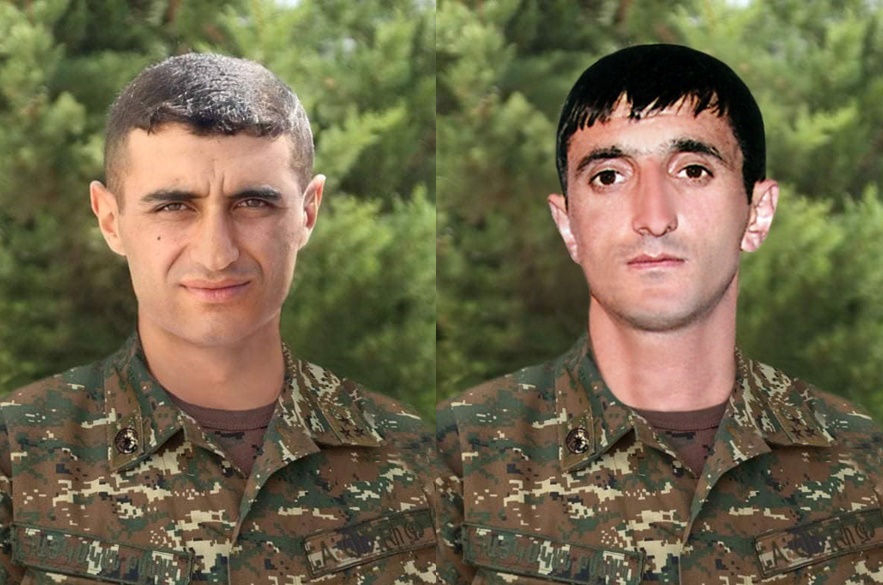 According to the decrees, the titles were bestowed for the exceptional services rendered to the Artsakh Republic in the defense and security of the Homeland.

On September 27, 2020, during the large-scale military operations unleashed by Azerbaijan against the Artsakh Republic, Narek Hovhannisyan and Tovmas Tovmasyan played an active role in defending the military positions on the state border of Azerbaijan, carried out subversive-reconnaissance operations in the rear of the enemy.

As part of a special offensive group set up during the war, they waged defensive battles and carried out combat operations first in the seventh defensive zone, then in a number of other directions, including the villages of Sghnakh, Karin Tak and Shushi.

Narek Hovhannisyan and Tovmas Tovmasyan brilliantly fulfilled their combat tasks, fighting to the last second of their lives against the forces of the enemy, never leaving their entrusted positions.

Narek Hovhannisyan was born in 1992, and Tovmas Tovmasyan in 1983. Both died heroically on November 7, 2020, in the Karin Tak-Shushi section.