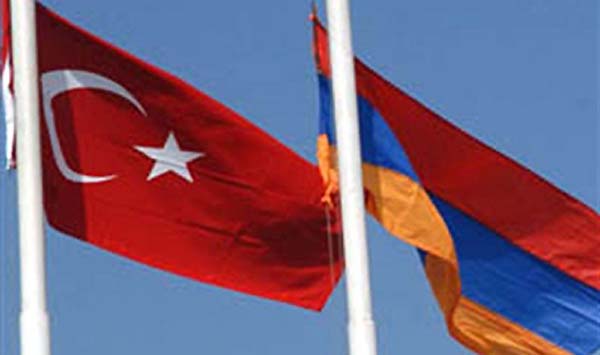 Armenia’s Acting Prime Minister Nikol Pashinyan announced last week that his government is ready to establish diplomatic relations with Turkey, however, without any preconditions.

This announcement came as a surprise to most Armenians who were hoping that Pashinyan will not repeat the mistake of former President Serzh Sargsyan who advocated for 10 years the ratification of the Armenia-Turkey Protocols which were intended to establish diplomatic relations between the two countries and open their mutual border. However, the Protocols included a number of unrelated issues such as the establishment of a historic commission to study the Armenian Genocide. The Turkish government, under pressure from Azerbaijan, demanded that Armenia first make territorial concessions on the Artsakh conflict before ratifying the Protocols. Pres. Serzh Sargsyan was forced to reject this precondition and annulled the Protocols earlier this year.

The proposed Protocols had created a major dispute between the previous Armenian government and most Armenians worldwide. After coming to power in May of this year, Pashinyan repeatedly announced that he would focus on resolving Armenia’s internal problems such as bribery and corruption, and would not change the country’s foreign policy. Hence Pashinyan’s recent announcement that Armenia is ready to establish diplomatic relations with Turkey without preconditions is simply the continuation of the previous government’s position.

Back in September of 2018 when Turkish President Recep Tayyip Erdogan was visiting Baku, he repeated once again his preconditions for establishing relations with Armenia: “We want good relations with our neighbors but solving the Karabakh problem is the absolute precondition for Turkey to improve ties with Armenia.” Erdogan also mentioned his opposition to Armenia’s pursuit of the international recognition of the Armenian Genocide. On Dec. 11, 2018, an Erdogan spokesman repeated the Turkish preconditions once again in response to Pashinyan’s suggestion.

It is ironic that instead of Armenia putting preconditions on Turkey before agreeing to establish diplomatic relations, Turkey is the one demanding that Armenia comply with its preconditions. One would think that Armenians as victims of Turkish barbaric mass killings would be demanding that before establishing relations, Turkey acknowledge the Armenian Genocide and make adequate restitution for the enormous human and material losses! Such preconditions on Turkey are a trump card in the hands of Armenians which they should use as a bargaining chip.

In my opinion, Armenia’s repeated begging of Turkey to establish diplomatic relations and open its border is embarrassing and reveals the Armenian side’s weakness. Furthermore, Turkey would be the one benefitting from opening its border with Armenia, inundating the country with cheap Turkish products. As it is, Armenian markets are full of Turkish products imported via Georgia to the detriment of small scale Armenian manufacturers. The opening of the border with Turkey would be the death knell for many Armenian businesses.

One reason frequently mentioned by Armenia’s officials for offering to establish relations with Turkey and open the mutual border is the hope that such a gesture would make Armenia look good in the eyes of the world and make Turkey look unfriendly and hostile by rejecting the Armenian offer.

Furthermore, on an issue so vital to all Armenians worldwide, no Armenian official should make a unilateral decision on matters that relate to Turkey. This is the major mistake that was committed by Pres. Serzh Sargsyan and it is hoped that the Pashinyan government will not repeat the same mistake, at a time when Armenia’s new leaders are encouraging the integration of Diaspora Armenians in homeland affairs.

Meanwhile, Azerbaijan continues to pressure Turkey not to open its border with Armenia until the Artsakh conflict is resolved in Baku’s favor. Consequently, Presidents Ilham Aliyev of Azerbaijan and Erdogan of Turkey, by their intransigence, ironically are the ones preventing Armenia from reaching an agreement detrimental to its own interests.

On a related matter, the Turkish Anadolu News Agency falsely reported that during a meeting with Turkish journalists, the Acting Foreign Minister of Armenia Zohrab Mnatsakanyan had referred to the Armenian Genocide as “unpleasant events.”

Unfortunately, several Armenian media members reproduced the Turkish distortion of the Armenian Acting Foreign Minister’s words. Some even criticized him believing that he had in fact characterized the Armenian Genocide as “unpleasant events.”

The spokeswoman of Armenia’s Foreign Ministry, Anna Naghdalyan, set the record straight by stating that the Acting Foreign Minister had not said such a thing and that the Anadolu News Agency had misrepresented Mnatsakanyan’s words. The spokeswoman told Hay Tsayn news that Anadolu had already apologized and corrected its error.

This is yet another lesson to Armenians who give interviews to the Turkish media, expecting their statements to be accurately reported. Having followed the Turkish media for decades, I can state that those who agree to be interviewed by a Turkish journalist should be warned that their words would be distorted. Once an altered interview is published, it is too late to complain by claiming that that’s not what they had said. The best way to ensure that an Armenian’s comments are not distorted is not to give an interview to the Turkish media!