Thousands of Sydney and Melbourne Armenians, Assyrians and Greeks participate in the March for Justice 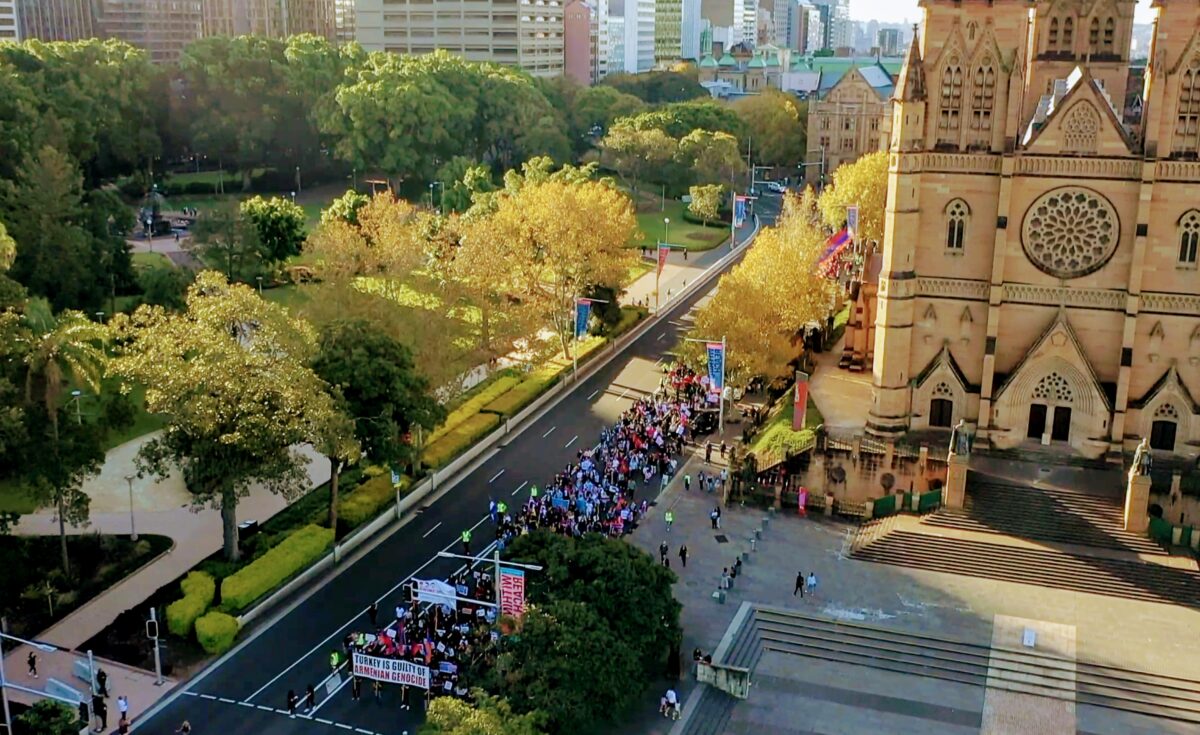 Thousands of Armenian-Australians, Assyrian-Australians and Greek-Australians rallied simultaneously in Sydney and Melbourne in the #SpeakUpScoMo March for Justice, calling for Prime Minister Scott Morrison and his Government to officially recognise the 1915 genocides suffered by the ancestors of the three represented communities at the hands of the Ottoman Empire.

Prime Minister Morrison, who called for Federal Australian recognition of the Armenian Genocide as a backbench MP in 2011, failed to correctly characterise the crimes of 1915 in his 2021 statement, despite acknowledging Australia’s first major international humanitarian relief effort to aid the “dispossession, deportations and deaths” suffered during the events.
Under the uniting Joint Justice Initiative banner, participants made clear their message to Canberra – that nothing less than full and proper acknowledgement of the Armenian, Assyrian and Greek Genocides as genocide would be acceptable to the three communities.
The Sydney March for Justice took over the Central Business District on Saturday afternoon, beginning at The Domain, carrying through the partially blocked Macquarie Street, College Street and Park Street, before ending with a special program on the steps of the Sydney Town Hall on George Street.

Patil Pamboukian spoke on behalf of the youth of the three communities.

Former winner of The Voice Armenia and finalist of The Voice Australia, Masha Mnjoyan delivered a stirring performance of Adana after Hamazkaine Nairi Dance Group’s Anna Berberian danced to Groong.

The Melbourne March for Justice began at Federation Square and ended at the State Library with a special program.

Chris Kaplanjian was among the speakers.

SBS News, ABC News, radio stations including 2GB and ABC , as well as print and online media including Junkee (click here) covered the outpouring of protest from the Armenian-Australian, Assyrian-Australian and Greek-Australian communities.
The Marches were peaceful and well marshalled by NSW and VIC Police.