Syrian Armenian MP meets with president Assad and his wife 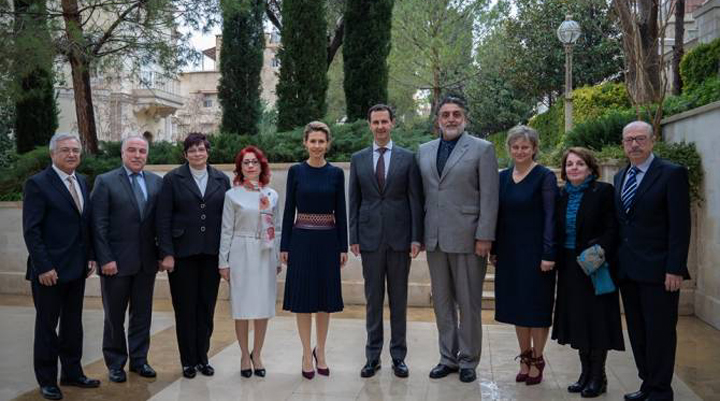 ARMENPRESS reports the MP wrote on her Facebook page that during the meeting the issue of sponsoring new special school for Armenians was discussed.

Zhirair Reisian and Nora Arisian represent Armenians in the Syrian parliament. They were elected in 2016.