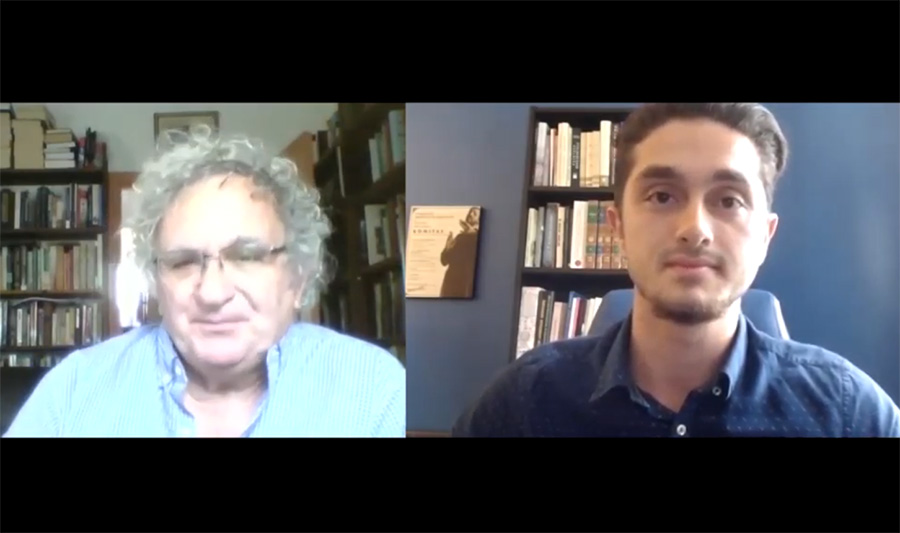 A momentous volume, The Thirty-Year Genocide covers three periods of untold suffering for the Ottoman empire’s Christian minorities in a single thread, connecting the Hamidian massacres of the 1890s, the mass killings and deportations during World War 1, and the systematic expulsions and destruction of the 1920s. Taking exception to some more conventional interpretations, Profs. Morris and Ze’evi try to demonstrate that the genocidal intent, the desire to get rid of the empire’s ‘disloyal’ Christians, runs through a much broader period than simply the World War 1 years, starting as far back as the massacres orchestrated by Sultan Abdul-Hamid II in 1894, and ending with the Kemalist annihilation of the last strongholds of Christian presence in Anatolia in 1924.

The title of the book implicitly gives away a second point of contention Profs. Morris and Ze’evi have with some mainstream academics, namely that of religion. According to Mr. Morris, the centrality of Islam as a driving engine of the thirty-year massacres and expulsions tends to be neglected by more conventional scholars. Asked about whether the emerging exclusivist ethnonationalism of the late Ottoman and early Republican period, especially manifested in the increasing anti-Kurdish current in Turkish political circles, sets some limitations to this specific thesis, Professor Morris agrees that there were significant ideological differences between the Hamidian and Kemalist eras, yet he maintains that Islam remained a central factor even during the Turkish War of Independence, when mass mobilization and expulsions were inspired by a sense of Islamic anti-Christian solidarity.

Mr. Morris also talks about the sheer volume of sources he and Mr. Ze’evi have referenced in the book, spanning Christian missionary reports, American ambassadorial correspondence, French and British diplomatic cables, Austro-Hungarian and German consular and military letters, as well as Turkish government cables (which he points out have been purged by successive Turkish governments from the archives of potentially incriminating references to these atrocities. Of note, he says, is that all of them paint the exact same picture with respect to the genocide: expulsions, killings, systematic rape and abduction of women and children on a large-scale, and so forth.

At its core, The Thirty-Year Genocide is a voluminous compilation of countless cross-referenced sources which depict a thirty-year-long pattern of atrocities, subjugation, and annihilation aimed ultimately at the creation of a new Turkey, one that excludes the ‘otherized’ Christian.