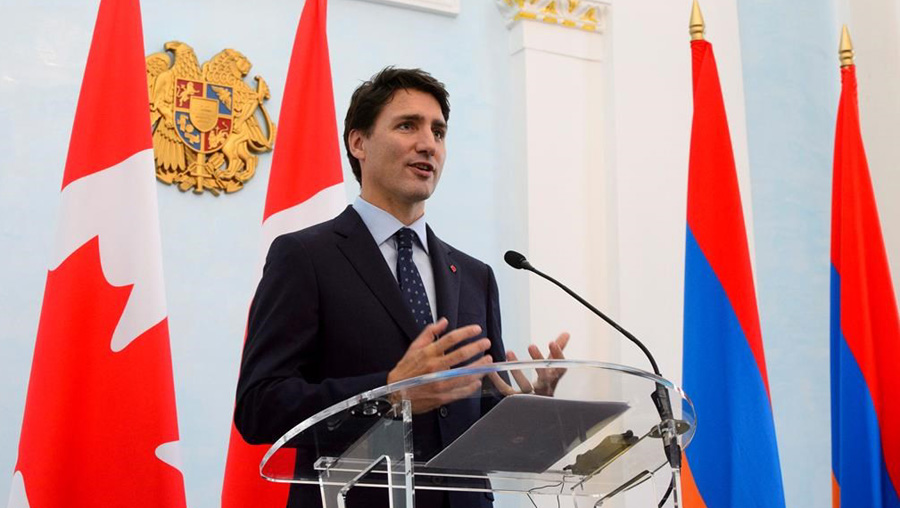 “Today, we join Armenian communities in Canada and around the world to celebrate the 29th anniversary of Armenia’s independence.

“Canada was one of the first Western countries to recognize Armenia’s independence, establishing diplomatic relations in 1992. Since then, the relationship between our two countries, built upon shared values and strong people-to-people ties, has only grown stronger. More than 60,000 Canadians of Armenian descent make important contributions to our communities and our country every day.

“Armenia and Canada work closely together in international organizations, including the United Nations and La Francophonie. In 2018, I was able to visit Armenia and discuss, with Prime Minister Pashinyan, ways to further strengthen our bilateral relationship. We look forward to deepening our partnership in important areas like gender equality and women’s empowerment, trade and investment, and climate change for the benefit of the people in both our countries.

“On behalf of the Government of Canada, Sophie and I wish everyone celebrating a happy Independence Day.”