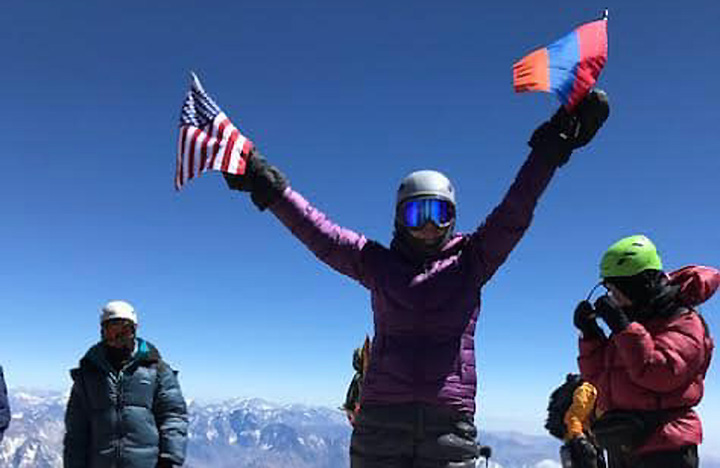 Aconcagua, formed volcanically and standing at 6,962 m, is the highest mountain in South America.  As such, it is one of the “seven sisters” – the tallest mountains on each of the seven continents.

This was Sona’s third sister, having already attained Africa’s Kilimanjaro (5,895 m), three volcanoes stacked atop one another, in 2012 and Europe’s Elbrus (5,642 m), a two-coned volcano in 2017.  She also holds the record as the oldest woman to have summited Mexico’s highest peak Orizaba (5,636 m) in 2016, another volcano.

Sona was part of a group of seven clients (the other six ranging in age from 31 to 64, one of whom got sick and went back) being led by Grajales, the first company to offer guide services to the summit of Aconcagua, starting in 1976.

The ascent starts in the beautiful Horcones Valley of Argentina in the Parque Provincial Aconcagua.  Some days are long slogs with little elevation gain. On other days, the agenda consists of practice hikes to other summits in the area involving thousands of feet of ascent in their own right. 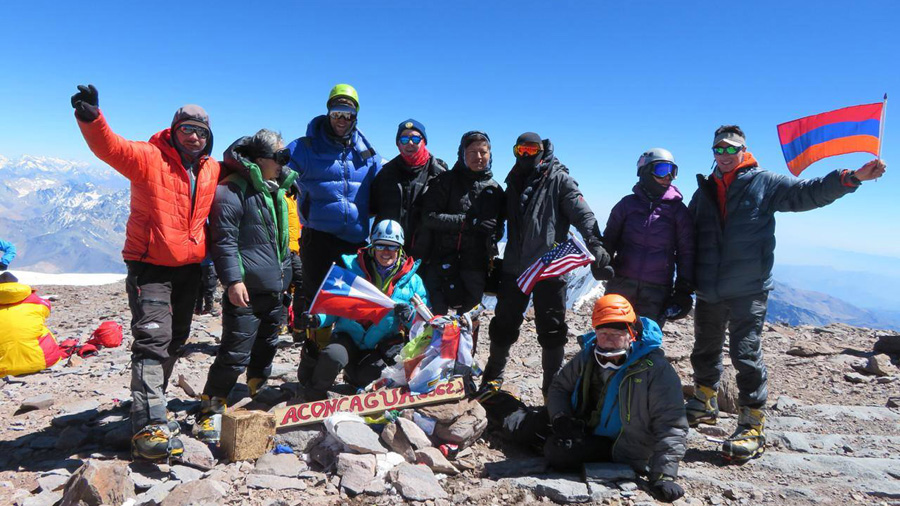