Sen. Menendez urges end to US military aid to Azerbaijan 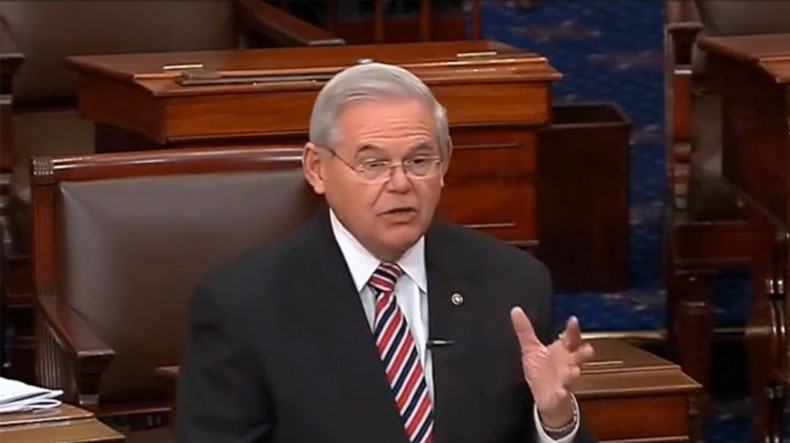 Senator Bob Menendez (D-NJ), Chairman of the U.S. Senate Foreign Relations Committee, on Thursday expressed concerns over reports of Armenian casualties and captives following Azerbaijan’s attack at the border on November 16, calling for an end to the U.S. military aid to Azerbaijan.

“Reports of Armenian casualties and Armenian soldiers taken as political prisoners by Azerbaijan are deeply concerning. Defense aid to Azerbaijan helps enable these heinous acts against ethnic Armenians. It is time to pass my NDAA amendment cutting this aid,” he said in a tweet.

Menendez had earlier introduced a powerful amendment that would end U.S. presidential waiver authority of Section 907 of the FREEDOM Support Act, effectively blocking the U.S. military assistance to Azerbaijan.

“It’s worth noting that these are the observations of a pro-Armenian congressman on the situation, whereas the stance expressed by the Department of State and Secretary of State Antony Blinken is the following,” the Voice of America’s Armenian service said, sharing Blinken’s statement on the border tensions.

“The United States is deeply concerned about reports of intensive fighting today between Armenia and Azerbaijan. We urge both sides to take immediate concrete steps to reduce tensions and avoid further escalation. We also call on the sides to engage directly and constructively to resolve all outstanding issues, including border demarcation,” Blinken had said in a statement on Tuesday.

“As noted in the Minsk Group Co-Chairs’ statement on November 15, the recent increase in tension between Armenia and Azerbaijan underscores the need for a negotiated, comprehensive, and sustainable settlement of all remaining issues related to or resulting from the Nagorno-Karabakh conflict,” he added.

On November 16, the Azerbaijani military resorted to yet another provocation, attacking the Armenian positions in the eastern section of the Armenian-Azerbaijani border. Local battles were fought with the use of artillery, armored vehicles and small arms. Under the mediation of the Russian side, an agreement was reached to ceasefire at the eastern border from 6:30pm.

According to a statement by Armenia’s Defense Ministry, 13 Armenian soldiers were captured by Azerbaijani forces and 24 others went missing as a result of border clashes. Two Armenian servicemen were confirmed killed in the fighting.