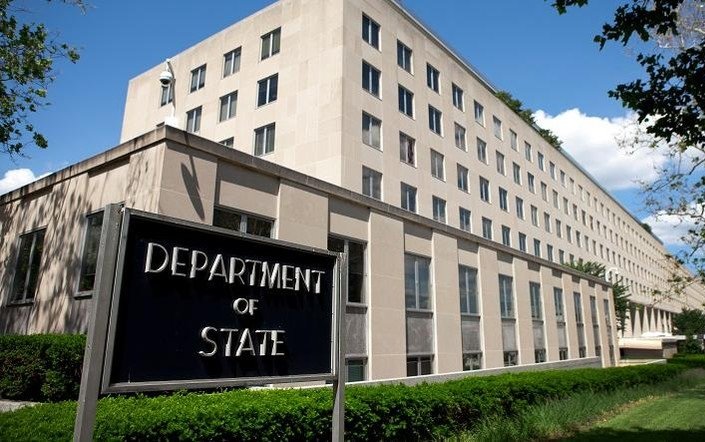 On March 24, the US Department of State declassified a ‘secret’ government cable under a Freedom of Information Act (FOIA) request.

The cable described the extensive efforts made by the Clinton administration in late October 2000 to block the vote in the House of Representatives on a resolution to recognize the Armenian Genocide.

As part of its efforts to defeat the resolution, top State Department officials exerted pressure not only on the leadership of the House of Representatives, but also, unethically, on Armenia’s top leaders. As if it were not immoral enough to deny the occurrence of the Genocide and undermine its recognition, the US government also tried to enlist leaders of the victimized Armenian nation to support the denial of their own Genocide.

The ‘secret’ cable dated Oct. 16, 2000 described the conversation of high-ranking State Dept. officials with Foreign Minister of Armenia Vartan Oskanian and Armenia’s President Robert Kocharyan a few days before the House vote. The Clinton administration was extremely concerned with the passage of that resolution.

During an earlier meeting with Armenian community leaders in Glendale, Republican House Speaker Dennis Hastert had personally pledged to bring the resolution to a vote at the request of Republican Congressman James Rogan who was in a tight race for reelection in his heavily Armenian-populated district.

Secretary of State Madeleine Albright objected to the resolution in letters sent to Speaker Hastert and Democratic Minority Leader Cong. Richard Gephardt. A similar letter was sent by Secretary of Defense William Cohen. Meanwhile, Turkish leaders were threatening to disrupt political, economic and military relations with the United States should the resolution be adopted.

The newly-revealed cable described a phone call between Deputy Secretary of State Strobe Talbott and Oskanian a few days before the scheduled vote in the House. Here is what the cable stated:

“Strobe laid out the essential pitch: Want to underscore why we think it’s important to postpone or defeat the resolution; hope you [Oskanian] will support or at least not hinder our efforts to work this on the Hill [Congress]. Strobe emphasized the possibility of violence should the resolution pass and noted all the other negative consequences, such as: events in the Middle east, dangers of Iraqi miscalculation following US-Turkish differences, damage to Nagorno Karabakh process, consequences for Turkey-Armenia relations and vulnerability of Armenians in Turkey…. The position of the Government of Armenia, Strobe emphasized, would be very important.”

Everything Talbott told Oskanian was a lie. Two resolutions on the Armenian Genocide, similar to the pending resolution, had already been adopted by the House in 1975 and 1984. There were no negative consequences as a result of these earlier resolutions. The Turkish threats were empty bluffs as we saw after the formal recognition of the Armenian Genocide by Pres. Joe Biden on April 24, 2021. The world did not come to a stop. The more US officials catered to Turkey’s threats, the bolder the Turkish leaders got with their scare tactics.

In addition, Deputy Secretary of State Talbott shamelessly asked Oskanian to support the postponement or defeat of the resolution. This is similar to asking victims to cover up the crimes of their victimizers or asking Israeli leaders for help to defeat a resolution recognizing the Holocaust!

In response, Oskanian told Talbott that he had just spoken with Pres. Kocharyan. The cable stated that “the two had agreed it would take something tangible in hand from the Turks to be able to stop the ever-increasing momentum in favor of the resolution. In the absence of that ‘political minimum’ from the Turks, it would be domestic political suicide to stand in the way of congressional passage. The Armenians could, however, agree to simply keep their mouths shut as we worked this on the Hill, he said. In point of fact, he argued, the Government of Armenia’s position has always been that this is a matter of US politics, and they have nothing really to do with it.”

Talbott then told Oskanian, according to the cable, that the passage of the Genocide resolution would disrupt Armenia-Turkey relations and halt “the whole truth and reconciliation process, which in and of itself was of far greater value to Armenia than the resolution.” This is another lie by Talbott designed to fool Armenians into “reconciling” with Turkey without recognition of the Genocide and without holding Turkey responsible for the consequences of the Armenian Genocide. Regrettably, this meaningless and fruitless US-initiated “reconciliation” effort was formalized a few months later under the name of “Turkish Armenian Reconciliation Commission.”

The cable then went on to describe the phone call from Stephen Sestanovich to Pres. Kocharyan on Oct. 16, 2000. Sestanovich was ambassador-at-large and special adviser to the Secretary of State for the new independent states of the former Soviet Union.

According to the cable, Kocharyan told Sestanovich that “the attention and discussion of the issue [of the Armenian Genocide] evoked in Turkey in many circles and the press was a positive development…. Instead of preparing for retaliation, Ankara should simply regard it as a domestic US issue.” Sestanovich then tried to scare Pres. Kocharyan by saying that the adoption of the Genocide Resolution would endanger Armenia and the Armenian community in Turkey. The US official also predicted unrest and terrorist attacks against Americans in the Middle East.

Kocharyan then stated that Armenia was “open to dialog as a tool of reconciliation” with Turkey. But he said he was not “worried about a backlash against Armenia and Armenians in Turkey.” Kocharyan correctly noted: “I don’t think that the US needs Turkey nearly as much as Turkey needs the US, and nations should not think that they can settle issues through blackmail and threats.”

The cable then mentioned that Kocharyan provided three intriguing examples of possible dialog with Turkey without going into any details:

1) “An Armenian-Turkish businessman had recently suggested to him an idea for such dialog that could be acceptable.”

2) “Kocharyan also had considered writing a letter to the President of Turkey expressing concern, but did not want to act on anything until the situation settled down somewhat.”

3)  Kocharyan “pointed to Turkish-Armenian business interactions, including the planned privatization of a textile plant in Gyumri to a Turkish investor (Netex Textile), [as well as] University and NGO exchanges.”

The cable also stated that “in the long run, Kocharyan concluded, Armenia cannot build normal relations with Turkey without addressing the Genocide.”

The vote on the Armenian Genocide resolution in the House was cancelled by Speaker Hastert at the last minute on Oct. 19, 2000, using as an excuse a letter from Pres. Bill Clinton urging him “in the strongest terms” not to bring it to a vote.

Not surprisingly, after retiring from the House, both Hastert and Gephardt were hired by Turkey as paid lobbyists in Washington. Subsequently, Hastert was convicted and jailed for bank fraud to cover up his sexual abuse of young boys. He was also accused of receiving bribes and illegal campaign contributions from Turks to prevent the adoption of the Armenian Genocide resolution.

Clinton was a shameful president who broke his promise to recognize the Armenian Genocide. In addition to Clinton, Presidents George Bush, George W. Bush and Barack Obama also broke their promises. Even though Pres. Trump had not promised to recognize the Armenian Genocide, he too did not acknowledge it. All of their names should be etched in a public “Wall of Shame.