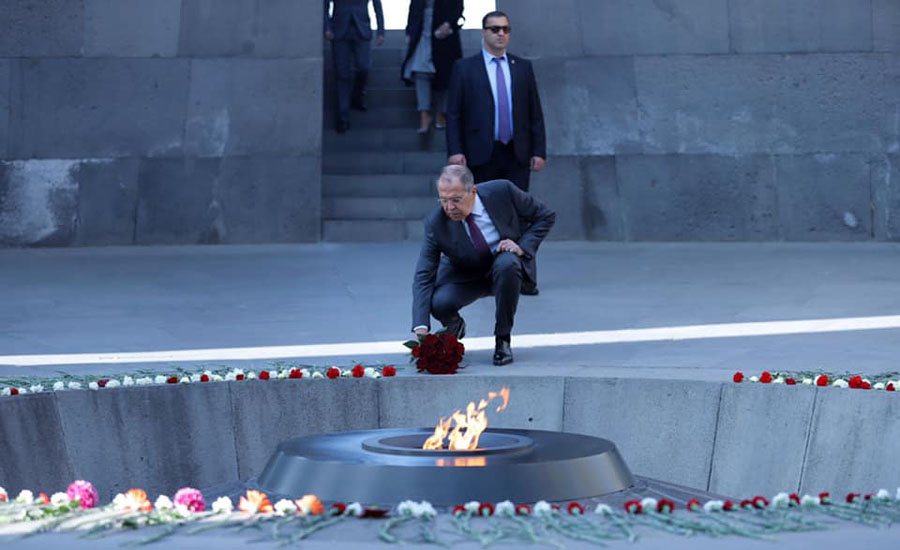 As part of his official visit to Armenia, Russian Minister of Foreign Affairs Sergey Lavrov visited the Tsitsernakaberd Armenian Genocide Memorial in Yerevan.

He was accompanied by Deputy Foreign Minister of Armenia Shavarsh Kocharyan and Director of the Armenian Genocide Museum and Institute Harutyun Marutyan.

Lavrov laid a wreath and paid tribute to the memory of the victims of the Armenian Genocide, and then watered a spruce tree which he had planted at the Memory Park 12 years earlier.