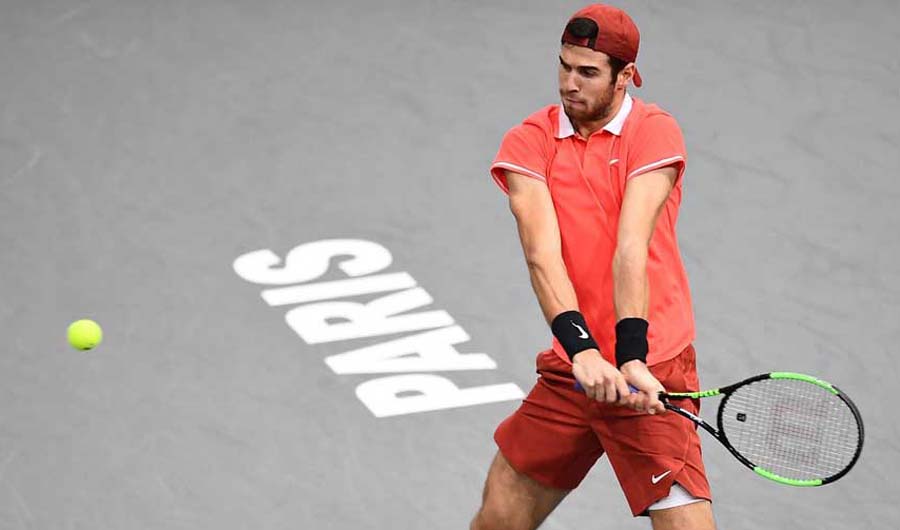 Karen Khachanov, a Russian tennis player of Armenian descent, upset a tired-looking Novak Djokovic – who is currently ranked world No. 1 – 7-5, 6-4 to win the Paris Masters title and deprive Djokovic of the chance on Sunday, November 4 to match Rafael Nadal’s record of 33 Masters titles, the Associated Press reports.

Fourteen-time Grand Slam champion Djokovic, 31, will still overtake Rafael Nadal at the top of the world rankings on Monday.

Khachanov will rise to world number 11 on Monday and becomes the first Russian since Nikolay Davydenko in 2009 to win a Masters 1000 title.

He hit 31 winners as he pulled off one of the shocks of the tennis year in his final tournament of the season.

A tennis player of Armenian descent Khachanov started playing tennis at the age of 3 and decided to become a professional player at 12.