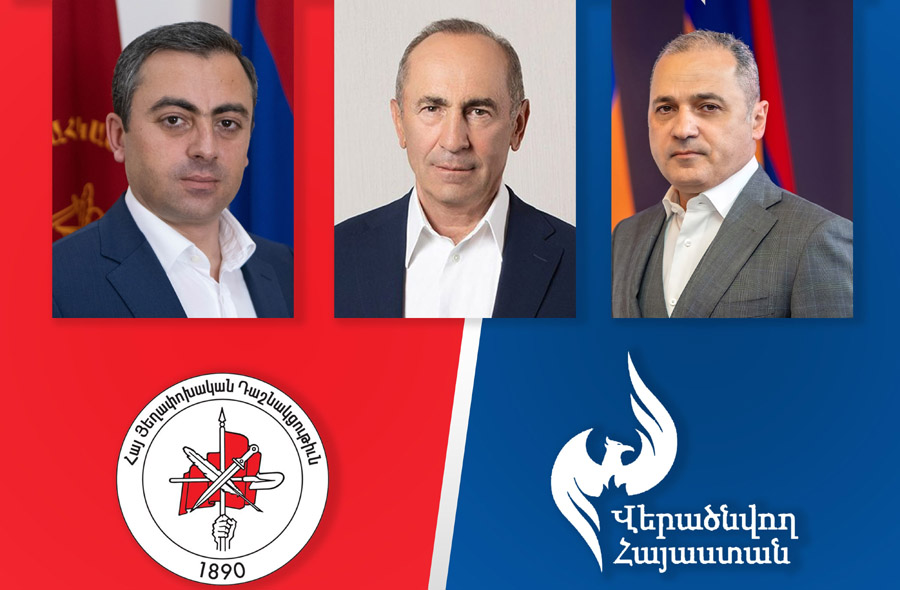 “Taking into account the dire situation in Armenia and Artsakh, due to the need to unite with ideological and like-minded political forces, the Reviving Armenia Party has decided to run in the snap parliamentary elections in alliance with the Armenian Revolutionary Federation Dashnaktsutyun, which will be led by the second President of the Republic of Armenia Robert Kocharyan,” the Reviving Armenia Party.