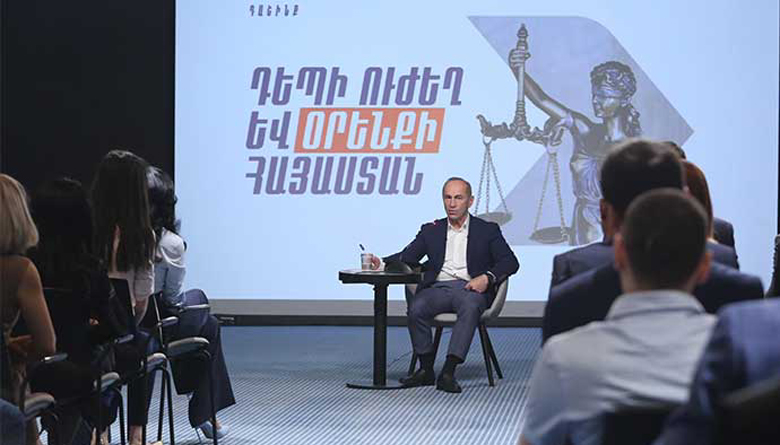 Second President of Armenia Robert Kocharyan met with a group of legal scholars, advocates and former law enforcement officers in Yerevan on Monday, the Armenia bloc led by him said in a Facebook post.

“It’s important to discuss legal issues with the people who have joined this struggle. In the past, there was an understanding that a good lawyer was the one who succeeded in coming to terms with a prosecutor. But later a system was formed in Armenia, where a good lawyer is considered the one who can fight in court,” Kocharyan said at the meeting.

Referring to the criminal case launched against him and several other former officials, he said numerous violations were committed during the criminal proceedings.

“There are many violations committed as part of the so-called March 1 criminal case against me and several other former officials. I often did not notice many of those violations, my lawyers did it. I must admit that for a while I was somewhat disappointed with jurisprudence. During the court hearings, the prosecutor and the lawyers made claims that were contradictory but, at the same time, virtually expressed the same idea. This was a discovery for me and I was surprised that it is called science. This is very flexible science,” Kocharyan said.