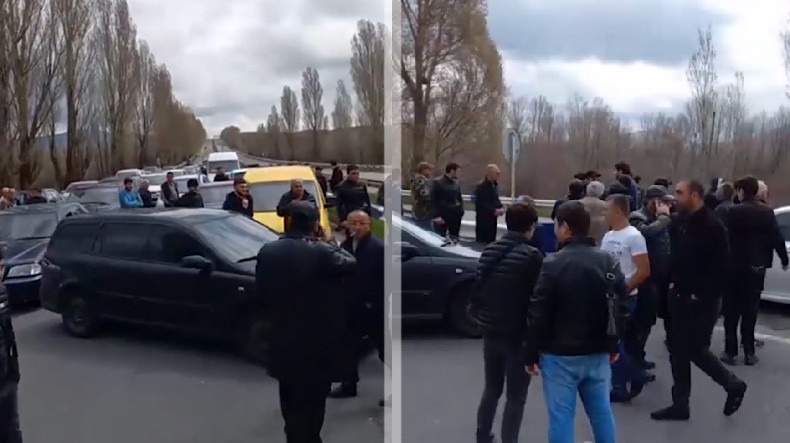 Large numbers of police officers were deployed in the area, Tensions mounted when they tried to forcefully remove the demonstrators from the road and restore traffic on it.

The Armenian opposition launched a large-scale civil disobedience campaign on Monday morning in a bid to oust Pashinyan and his cabinet, blocking streets and street intersections in central Yerevan.

Traffic on a number of streets in Yerevan have been blocked since the early morning, In the meantime, opposition members and supporters are holding marches in the city demanding that Pashinyan step down.