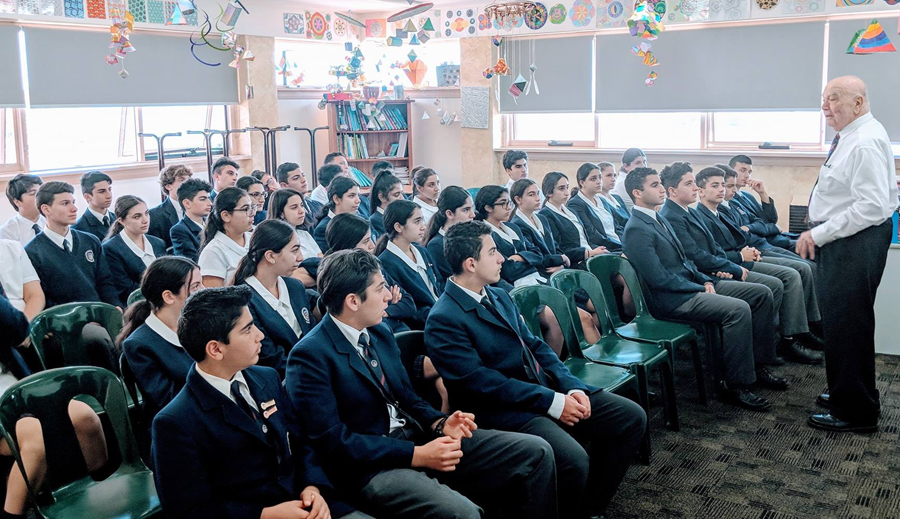 UCLA– Richard Hovannisian, Professor Emeritus at UCLA and Presidential Fellow at Chapman University, was the recipient of the “Freedom Award” of the Armenian National Committee of Australia during a formal banquet and program in Sydney on October 21, 2018. ANC Executive Director Haig Kayserian presented the award to Hovannisian: “In recognition of educating generations on Armenia’s modern history, including the Armenian Genocide and Armenia’s First Republic over many decades in Australia and beyond.” Members of Parliament Trent Zimmerman and Joel Fitzgibbon, Chair and Vice Chair of the Australia-Armenia Inter-Parliamentary Union, both received the “Armenian Community’s Friend of the Year Award.” Young advocates for the Armenian Cause were acknowledged and received certificates from ANC Chair Khajaque Kortian.

In accepting the “Freedom Award,” Hovannisian reflected briefly on the unexpected path that led him to become a pioneering historian of the Republic of Armenia and his decades-long advocacy of education and recognition of the Armenian Genocide. He encouraged the upcoming generation to continue to advance the cause with determination and patient optimism.

While in Sydney, where he was hosted by Heros and Katy Dilanchian, Richard Hovannisian met with students and faculty of the Armenian day school, Galstaun College, and engaged in an active exchange about Armenian history and personal experiences in researching materials on the Republic of Armenia. During his week in Australia, he also spoke under the auspices of the ANC and Armenian Youth Federation to large community audiences both in Sydney and in Melbourne on the legacy of the Armenian republic on its hundredth anniversary.

Just before departing for Australia on October 18, Professor Hovannisian gave a brief history of the California Armenian community to members of the California Armenian Legislative Caucus in a day-long program that began in the Western Diocese of the Armenian Church. His forthcoming engagements include a jointly-sponsored lecture in Fresno on the 100th anniversary of the H.M.E.M. athletic union, a symposium honoring the first generation of scholars of Armenian art and culture in America at the Metropolitan Museum in New York, a three-day conference on World War I and the Armenian republic in Lyon, France, sponsored by the City of Lyon and the Association for the Development of Armenian Culture in the Lyon Region, and a colloquium on the Armenian republic in San Antonio, Texas, organized by the Society for Armenian Studies in conjunction with the 2018 Annual Meeting of the Middle East Studies Association. 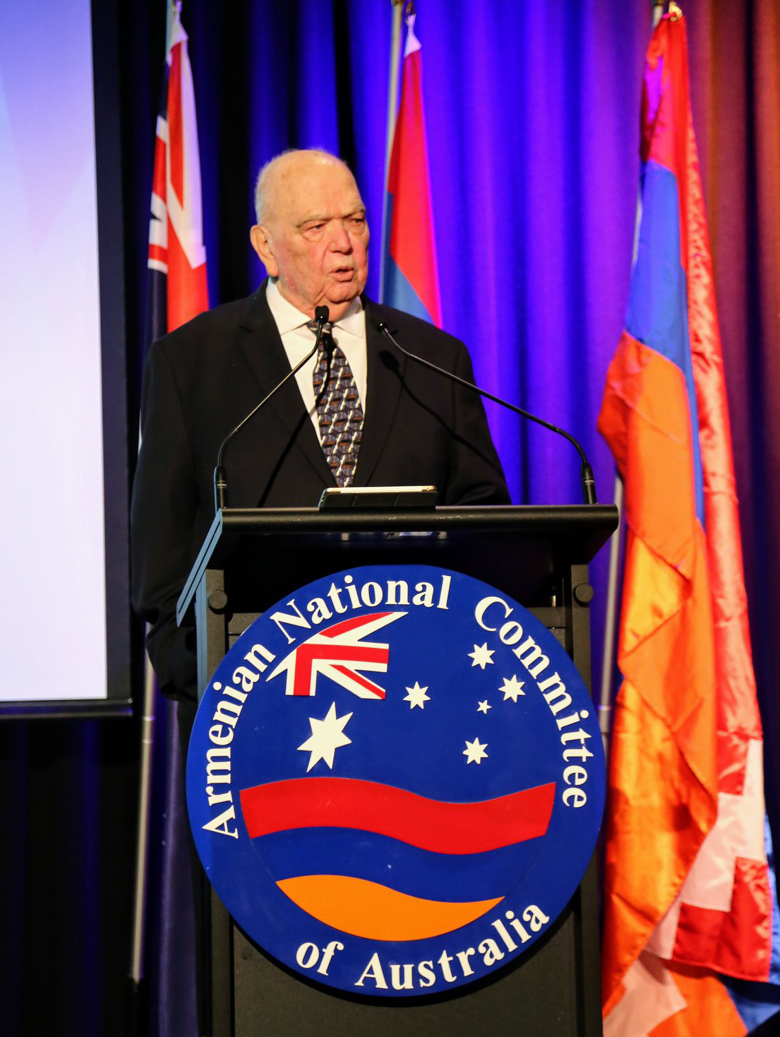