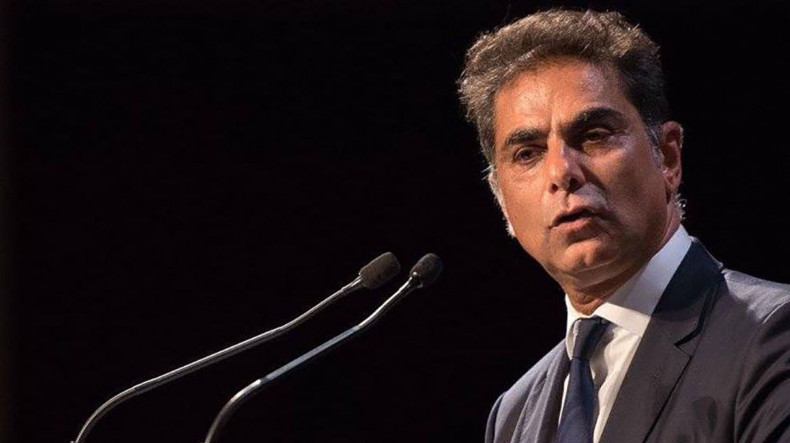 French Armenian community leader Mourad (Franck) Papazian and his wife were not allowed to enter Armenia last week after they arrived at the Yerevan Airport. Papazian is a member of the Armenian Revolutionary Federation’s worldwide leadership (Bureau) and the Co-President of the Coordinating Council of Armenian Organizations of France.

At passport control, Papazian was told to wait until they verified his information. He had a proper French passport and did not need a visa to enter Armenia. While he was waiting, customs’ officials were consulting with their superiors on the phone.

Papazian was then led to an isolated room at the airport where he was kept for several hours. Finally, National Security Service agents told him that he was not allowed to enter Armenia.

Despite Papazian’s several requests, he was never informed of the reason for his being barred from entering Armenia. He was expelled from the country by placing him on the next flight to Paris.

This is an incident with serious ethical, legal, diplomatic and national implications.

Ethically, if Armenian officials want to ban someone from entering Armenia, they should have the minimum courtesy of telling the individual the reason for such a grave decision. The visitor is entitled to know why he is not being allowed to enter the country.

In terms of Armenian laws, regardless of the reason for banning Papazian from entering the country, Armenian officials don’t have the right to take such an action on their own, be they airport officials, National Security Service agents or Prime Minister. Banning any visitor, let alone a fellow Armenian, from entering the country is a very serious decision. If Papazian had violated any Armenian laws, airport officials could have detained him, presented the charges against him to a judge who would have taken a legal decision based on the evidence after listening to both sides. Is Armenia a country governed by laws or by the vindictive decisions of the Prime Minister? If one man can act as the executive, legislative and judicial branches of the government, then Armenia is far from being a democratic country. It is sad that Prime Minister Nikol Pashinyan, who came to power four years ago as a democrat, is ignoring all democratic norms. Papazian’s sole guilt is being critical of the failed regime of Pashinyan.

In terms of European laws, Armenia violated in this case several principles of the Convention for the Protection of Human Rights and Fundamental Freedoms, which it had committed to uphold. The required procedure is that Papazian first challenge his expulsion in a domestic Armenian court. If he is unsuccessful there, Papazian can then take his complaint to the European Court of Human Rights. I am certain that the European Court will find that the Armenian government violated Papazian’s “right to a fair trial,” “freedom of expression” and “freedom of movement.” Furthermore, Papazian’s expulsion was a violation of United Nations’ Universal Declaration of Human Rights.

Regarding this incident’s possible negative effect on Armenia’s relations with France, as a French citizen, Papazian has filed a complaint with the French Embassy in Yerevan and the French Foreign Ministry in Paris. As a well-known political activist, Papazian has close ties with Pres. Macron of France and other high-ranking French officials. Already, there was another unpleasant incident last May, when Papazian accompanied the Pro-Armenian Mayor of Paris, Anne Hidalgo, on her visit to Armenia. Since Papazian is a critic of Pashinyan, he informed the Prime Minister’s office that he will not join the Mayor’s scheduled meeting with Pashinyan, in order not to create an unwelcome scene during the meeting. Without any explanation, at the last minute, the Prime Minister decided to cancel the meeting with the Paris Mayor. This was a major diplomatic error. Armenia can ill afford to alienate French officials who are some of its staunchest supporters.

In terms of the Armenian government undermining the collective interests of the Armenian nation, it is counterproductive that while Armenia is surrounded by bloodthirsty enemies and its very existence is threatened, its leaders are engaged in a self-defeating action regarding the Diaspora which only serves to further weaken Armenia. Azerbaijan does have massive petrodollars, but Armenia has a large Diaspora which is an unutilized asset.

I am afraid that Papazian’s expulsion, if not reversed quickly, will have an adverse effect on Armenia’s relations with the seven-million strong Diaspora. Armenia’s leaders, rather than coming up with initiatives to attract more Diaspora Armenians to visit, immigrate and invest in Armenia, are unwisely alienating them.

Since Papazian’s only guilt is that he was a critic of Pashinyan, his expulsion could cause many other Diaspora Armenians, who are opposed to the Prime Minister, to avoid visiting Armenia out of a concern that they too will be stopped at the Yerevan Airport and not be allowed to visit their homeland.

It is highly regrettable that Papazian, a man who has dedicated his entire life to defending the interests of Armenia and the Armenia Cause, is treated in such an offensive manner. With great sadness, he acknowledged: “I knew that I was banned from Turkey and Azerbaijan. Today, I am banned from Pashinyan’s Armenia.”