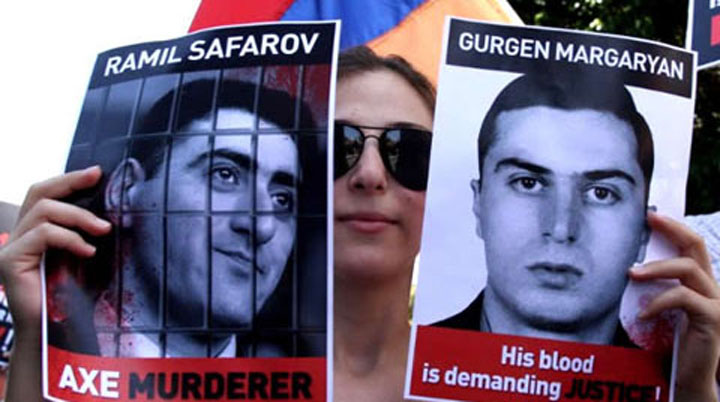 “Today we are paying tribute to the memory of Gurgen Margaryan, an Armenian officer who became an innocent victim of hatred, racism and anti-Armenian policy,” the Prime Minister tweeted.

“We express our solidarity to all members and friends of the Margaryan family,” he added.

In a separate tweet the Prime Minister said “the murder of Gurgen Margaryan and the further pardon and glorification of the convicted murderer is a vivid promotion of impunity for heinous crimes that violate fundamental human rights.”

“We are committed to preventing further occurrences of similar identity-based crimes,” the Prime Minister stated.

The murder happened during NATO Partnership For Peace English-language courses.

In the night of February 19, 2004 Safarov, armed with an axe, broke into the dormitory room of Gurgen Margaryan and attacked the Armenian officer while he was asleep. He delivered multiple blows to Margaryan with the axe.

However, on August 31, 2012, Safarov was extradited to Azerbaijan, where he received a state-level hero’s welcome. President of Azerbaijan Ilham Aliyev promoted Safarov to the rank of major and provided him with over eight years of back pay. The same day, Armenia severed diplomatic ties with Hungary.