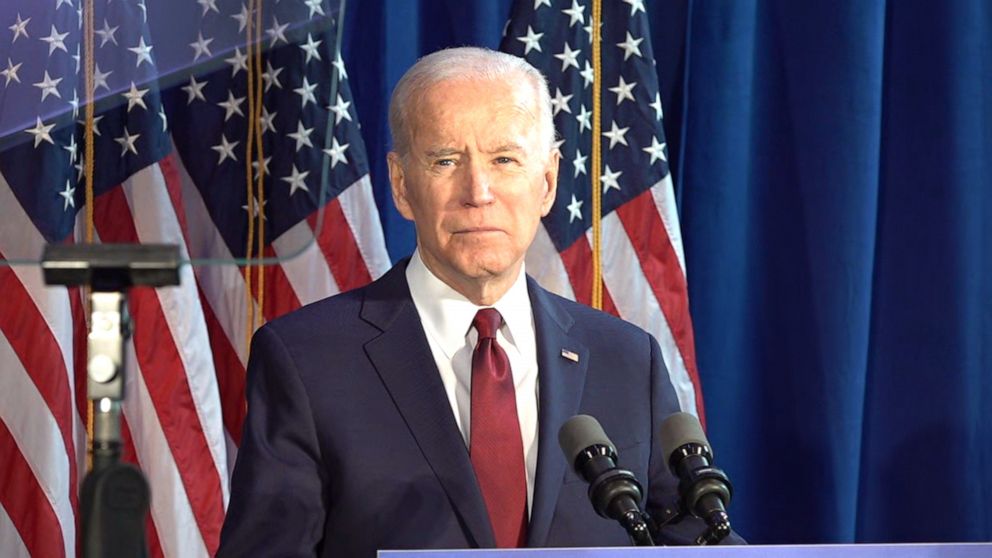 In joining with the U.S. Senate and House, 49 U.S. states, and a dozen NATO allies, President Biden has ended a century-long era of American complicity in Turkey’s denials.

“President Biden’s principled stand on the Armenian Genocide today – powerfully overriding Ankara’s foreign veto against honest American remembrance of this crime – pivots America toward the justice deserved and the security required for the future of the Armenian nation – a landlocked, blockaded, genocide-survivor state,” said ANCA Chairman Raffi Hamparian. “The ANCA looks forward to working with the Biden Administration to translate this statement into a fundamental reset in U.S. policy toward the region – one that prioritizes the survival of Artsakh, the security of Armenia, and a fair and lasting regional peace based upon a just resolution of the Armenian Genocide,.” said Hamparian.

President Biden’s recognition of the genocide pivots the U.S. toward a sustained policy that meaningfully and materially supports Artsakh’s survival and Armenia’s security, while forcefully challenging Turkey and Azerbaijan’s anti-Armenian aggression. Alongside growing global condemnation of this crime, U.S. recognition also isolates Turkey and undermines its denials, increasing pressure upon Ankara to end its campaign of lies, cease its obstruction of justice, and open the door to a truthful, just, and comprehensive resolution of present-day Turkey’s legal, moral, political , and territorial responsibilities for this still unpunished crime.

Recognition of the Armenian Genocide honors the memory and dignity of its victims and survivors, while – more broadly – rejecting the use of human rights as a bargaining chip. In elevating genocide and atrocity prevention to the level of moral and political imperative, this recognition honors all victims of the scourge of genocides past and present – making future atrocities less likely.

The text of President Biden’s Armenian Genocide Commemorative Statement is provided below and linked here.

The U.S. first recognized the Armenian Genocide in 1951 through a filing which was included in the International Court of Justice (ICJ) Report titled: “Reservations to the Convention on the Prevention and Punishment of the Crime of Genocide.”

From 1915-1930, the U.S. provided unprecedented humanitarian assistance to save victims of the Armenian Genocide. The congressionally mandated Near East Relief (NER) mobilized the entire American nation, and indeed the world, into a well-organized and well-funded relief effort which successfully saved over 1,000,000 refugees and 132,000 orphans of the Armenian Nation and other Christian minorities. The NER raised $117 million ($2.7 billion in today’s dollars) and built over 400 orphanages, food and clothing distribution centers, medical clinics and hospitals, and vocational training schools throughout the Near East to house and care for the survivors.

APRIL 24, 2021
Each year on this day, we remember the lives of all those who died in the Ottoman-era Armenian genocide and recommit ourselves to preventing such an atrocity from ever again occurring. Beginning on April 24, 1915, with the arrest of Armenian intellectuals and community leaders in Constantinople by Ottoman authorities, one and a half million Armenians were deported, massacred, or marched to their deaths in a campaign of extermination. We honor the victims of the Meds Yeghern so that the horrors of what happened are never lost to history. And we remember so that we remain ever-vigilant against the corrosive influence of hate in all its forms.

Of those who survived, most were forced to find new homes and new lives around the world, including in the United States. With strength and resilience, the Armenian people survived and rebuilt their community. Over the decades Armenian immigrants have enriched the United States in countless ways, but they have never forgotten the tragic history that brought so many of their ancestors to our shores. We honor their story. We see that pain. We affirm the history. We do this not to cast blame but to ensure that what happened is never repeated.

Today, as we mourn what was lost, let us also turn our eyes to the future—toward the world that we wish to build for our children. A world unstained by the daily evils of bigotry and intolerance, where human rights are respected, and where all people are able to pursue their lives in dignity and security. Let us renew our shared resolve to prevent future atrocities from occurring anywhere in the world. And let us pursue healing and reconciliation for all the people of the world.

The American people honor all those Armenians who perished in the genocide that began 106 years ago today.