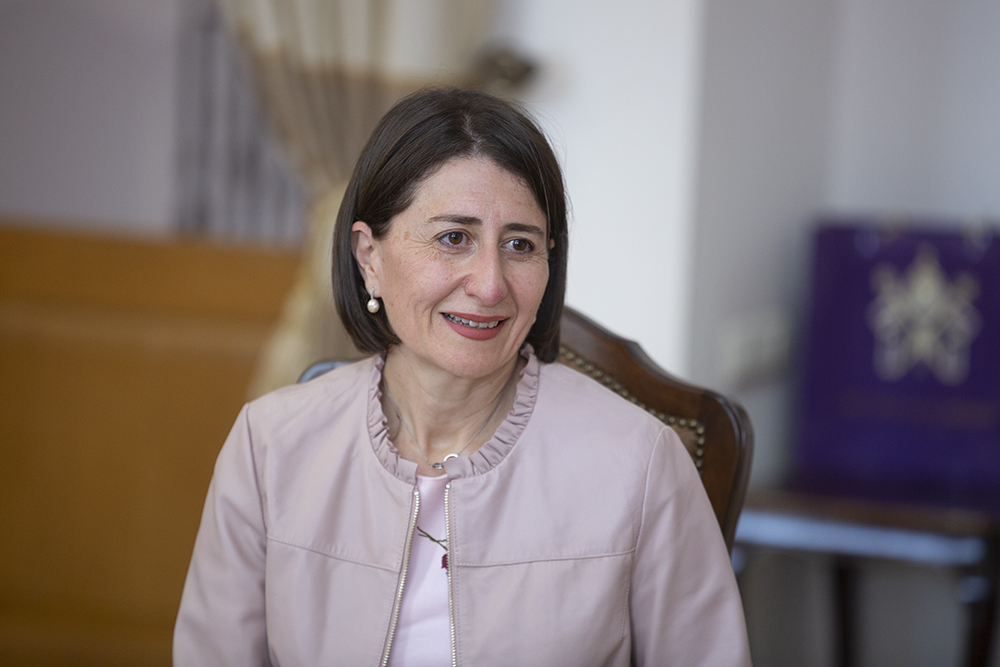 Premier Gladys Berejiklian, who leads Australia’s largest state of New South Wales, repeated her calls for Australia to join the growing number of nations worldwide that have recognised the Ottoman massacres against Armenians, Assyrians and Greeks as genocides, while she reflected on her own history as a grandchild of Armenian Genocide survivors, reported the Armenian National Committee of Australia (ANC-AU).

Premier Berejiklian was speaking at the virtual commemoration of Assyrian Martyrs and Genocide Day, where the program broadcast by the Assyrian National Council – Australia and the Assyrian National Federation paid special focus to the important role recognition plays in ending the cycle of genocides.

“Please know that so many of us will not rest until the genocide committed against the Assyrians, Armenians and Greeks during that time is acknowledged,” Premier Berejiklian said. “And I again call upon my Federal colleagues and the Federal parliament to acknowledge what state parliaments across Australia and across various parts of the world have done.”

The Assyrian-Australian community were joined by the Armenian-Australian and Greek-Australian partners of the Joint Justice Initiative, which has over 40 Federal parliamentarians supporting Australia’s accurate recognition of the 1915 genocides suffered by their ancestors.

In a keynote address titled ‘When Does Genocide End?: The Assyrian Case”, participants of the virtual event heard from Armenia-born descendant of genocide survivors, Dr. Anahit Khosroeva Ph.D and guest Dr. Panayiotis Diamadis, who delivered a presentation on the topic “The Genocide of the Assyrian People in the Modern Australian Memory”.

Despite United States President Biden ending Turkey’s foreign gag-order by recognising the Armenian Genocide earlier this year, Prime Minister Scott Morrison fell short of the g-word in his 2021 statement – something which continues to be protested by the member communities of the Joint Justice Initiative.

“Firstly, I thank the Assyrian National Council for allowing us to join them in their commemoration of such a sad yet significant event in their people’s history, and I would also like to especially thank Premier Gladys Berejiklian for her relentless advocacy for genocide recognition and justice,” said ANC-AU Executive Director, Haig Kayserian.

“As a fellow survivor race of genocide, this event signifies the importance of accurate remembrance and condemnation as a method of prevention, and to this end, we hope that Australia and the international community can learn from the lessons of history. Those who fail to learn from the lessons of the past are doomed to repeat it,” Kayserian added.