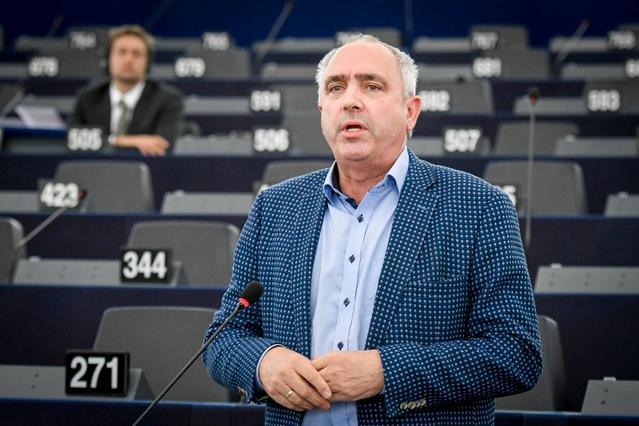 Azerbaijan’s President Ilham Alivey does everything to destroy the lives of the residents of Nagorno-Karabakh. Several of Azerbaijan’s wars against Nagorno-Karabakh show the hatred of Aliyev in full, Member of the European Parliament Peter van Dalen said at the plenary debate on the destruction of cultural heritage in Nagorno Karabakh.

“The hostilities and bullying continue every day. The lives of Inhabitants of Nagorno-Karabakh are endangered. Shelling, arrests and countless other hostilities ordered by Aliyev are daily practice. There are also many who are missing and never heard of again,” the MEP said.

In addition, he said, Aliyev is destroying the historical Christian legacy of Nagorno-Karabakh. “Cemeteries, historical buildings, monuments and churches are systematically and deliberately destroyed by the Azerbaijani regime.”

“Paragraph 2 of the resolution is even stronger: the Azerbaijani authorities must now stop their policy of hatred towards Armenians,” Peter van Dalen stated.