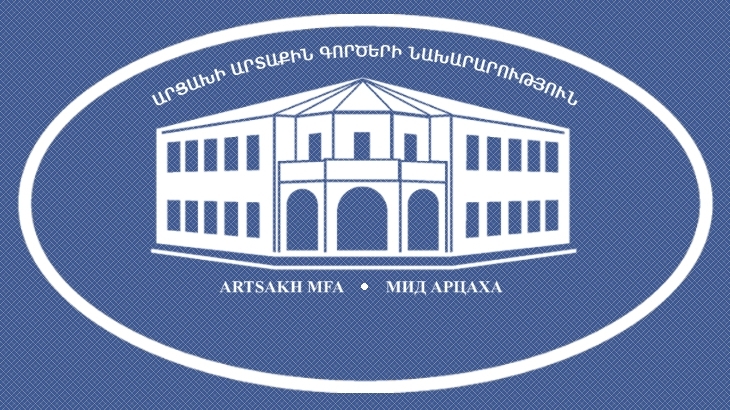 The statement by President of Azerbaijan Ilham Aliyev at the Summit of the Cooperation Council of Turkic-Speaking States is of serious concern in terms of establishing lasting peace and stability in the region, Artsakh’s Foreign Ministry said in a statement.

“The President of Azerbaijan continues to fuel anti-Armenian sentiments not only within Azerbaijan, but also in the societies of Turkic-speaking and Muslim countries. By doing so, the leader of Azerbaijan deliberately attaches ethnic and religious elements to the Azerbaijan-Karabakh conflict, attempting to unite the Turkic and Muslim worlds around the aspirations of Azerbaijan,” the Foreign Ministry stated.

It said “Aliyev purposefully transfers the Azerbaijan-Karabakh conflict and Armenophobia to the dimension of Pan-Turkism and Pan-Islamism, thus attaching elements of radicalism to these ideologies.”

“In this context, the first serious geopolitical claim of the criminal trinity of Azerbaijan, Turkey and international terrorists was the large-scale military aggression unleashed against the Republic of Artsakh on September 27, 2020. This is followed by the expansionist aspirations also for different regions of the Republic of Armenia, in particular, Syunik,” the statement reads.

The Foreign Ministry stated that without adequate steps by the international community, similar actions will surely take place in other regions as well, which are fraught with unpredictable consequences for global peace and stability.