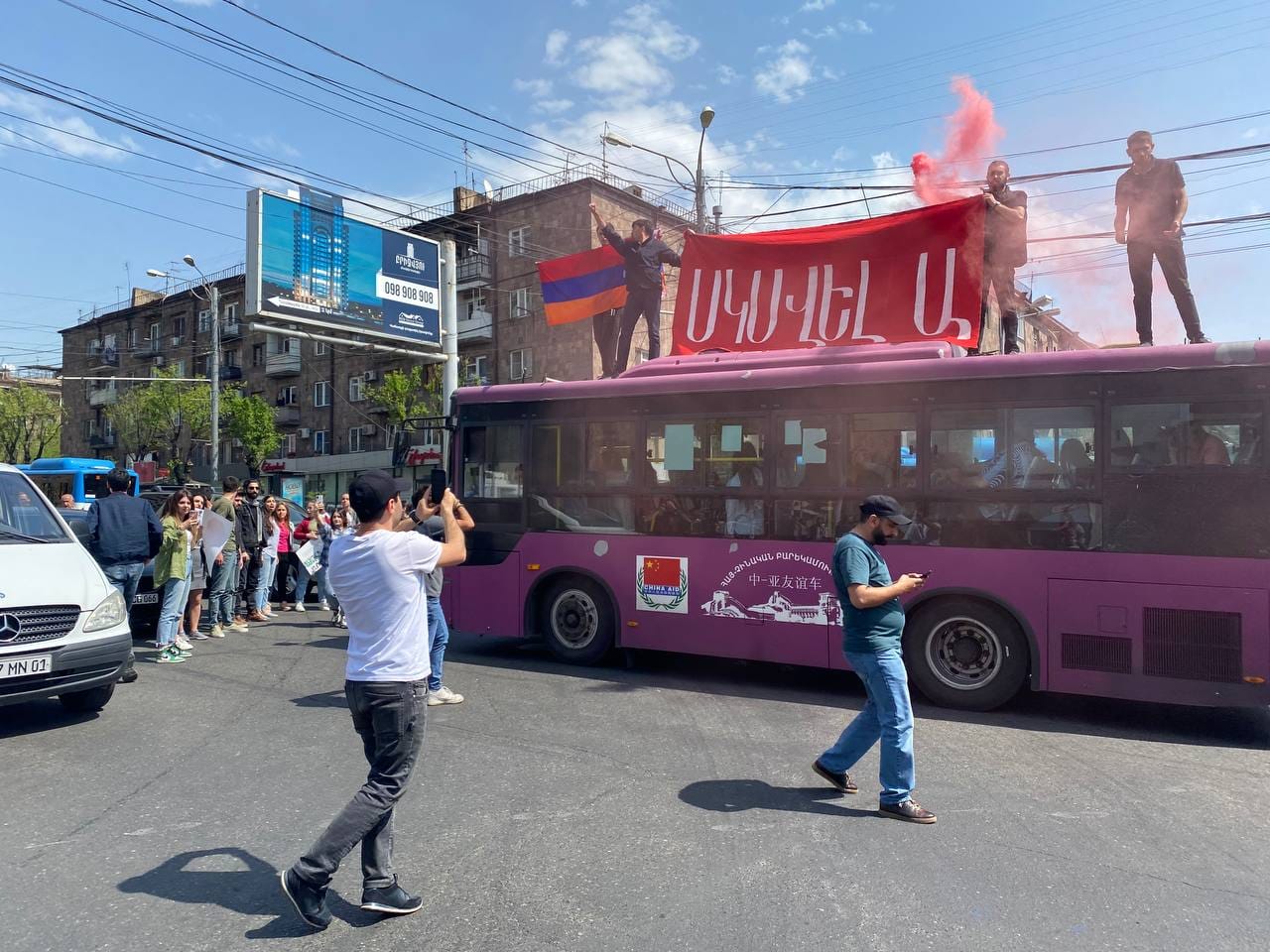 Police officers used force to detain a group of members of the Youth Union and the Nikol Aghbalyan Student Union of the opposition Armenian Revolutionary Federation (ARF) party protesting in Yerevan on Monday, the Student Union said.

In a separate statement, the ARF Youth Union said that five activists were taken to a police station for “carrying out a peaceful awareness campaign.”