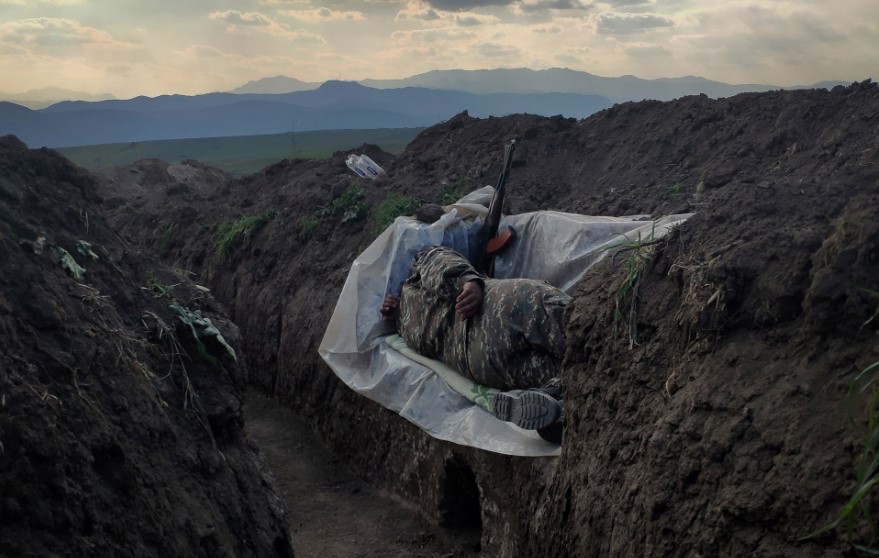 Photo of an Armenian soldier resting on a plastic cover in a trench has won the third prize in the Contemporary Issues Singles category at the World Press Photo contest.

The photo titled Resting Soldier was taken by Vaghinak Ghazaryan (AP) in the northeastern part of Syunik, Nerkin Khndzoresk, Armenia, on 31 October 2020 during the second Artsakh War.

Vaghinak Ghazaryan (1974) is an Armenian freelance photographer based in Yerevan.

He graduated from the department of film and photography at the Academy of TV and Radio, Yerevan, Armenia in 2004 and the Art Criticism and Curatorial Studies School at AICA, Armenia in 2011.

From 2001 to 2003 Ghazaryan worked as a full-time photographer for the Armenpress News Agency.

Ghazaryan has received grants and awards from organizations including the Documentary Photography Production grant from the Open Society Foundations in 2013, the Tatevik- Grand Prix, Tvapatum in 2019 and Stories About Changes at the Media Initiatives Center, Armenia in 2019 among others.