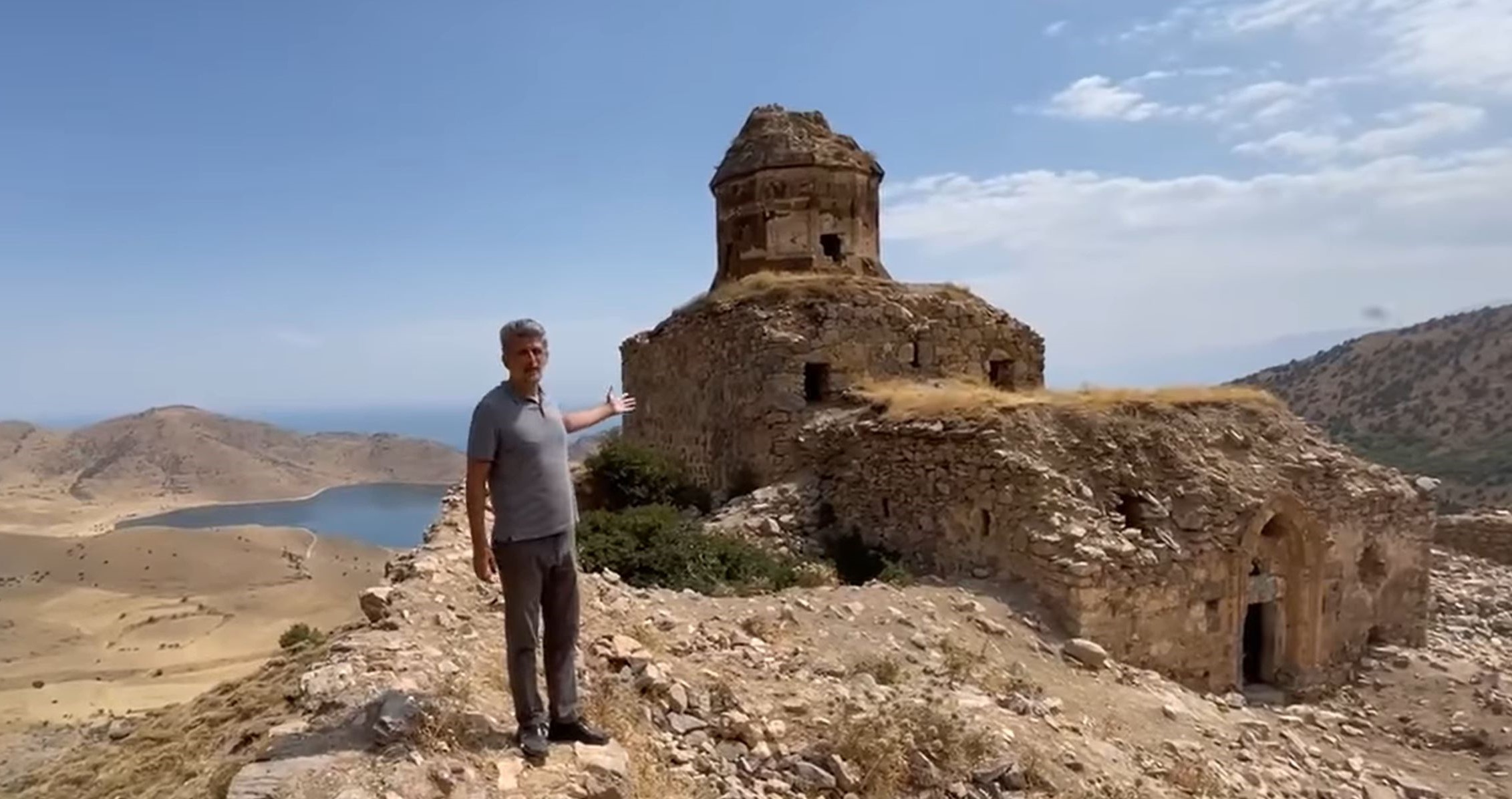 (Panarmenian) – Turkish-Armenian lawmaker Garo Paylan has raised concerns about the destruction and isolation of the Saint Bartholomew Armenian Monastery in the region of Baskale of Turkey’s Van province.

The church has been standing for 1600 years but has been damaged and isolated in the past 100 years and is now being deliberately destroyed, he said.

Paylan has been visiting the Armenian churches and monasteries in the provinces of Van and Mush in the last couple of days to learn more about the condition of historical and religious monuments in said areas.

Paylan noted that only a few of the hundreds of Armenian monasteries in Van are standing today, one of which is St. Tovmas Monastery in Gandzak.

“I call on everyone to take responsibility for the preservation of this wonder located on the shores of Lake Van,” Paylan wrote on Twitter.

“I visited the historical Armenian monasteries of Mush and Van, which have unfortunately fallen into disrepair. The main responsible party for restoring and repairing our [the monuments] is certainly the government of Turkey. However, as Armenian people, we must remember our heritage, we must pursue their restoration.”