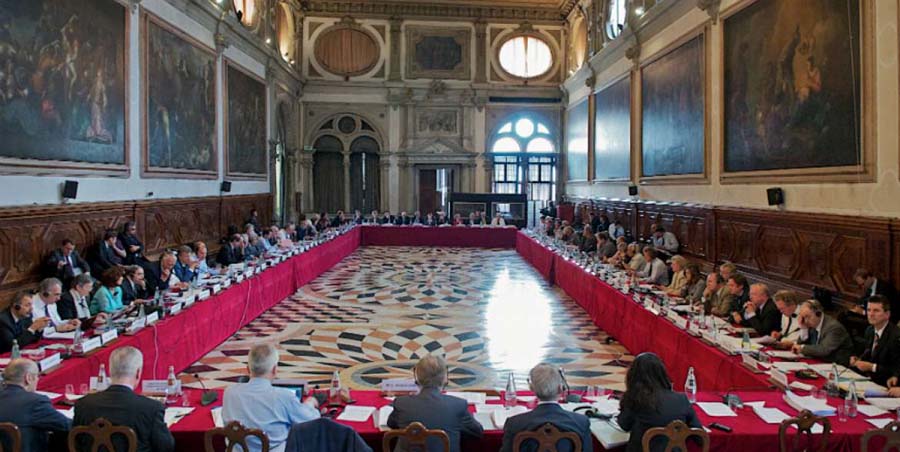 The co-rapporteurs of the Parliamentary Assembly of the Council of Europe for the monitoring of Armenia on Thursday, February 6 called on Armenian authorities to request a Venice Commission opinion on constitutional and related changes, Panarmenian news reports.

“The Armenian Parliament decided to hold an extraordinary session on February 6 in order to discuss a series of amendments that would remove the requirement for the Constitutional Court to check the compliance of draft legislation with the Constitution of Armenia,” said co-rapporteurs Andrej Šircelj (Slovenia, EPP/CD) and Kimmo Kiljunen (Finland, SOC).

“Among other things, this would change the procedure of revision of the Constitution itself. In addition, a constitutional amendment that seems to aim at ending the terms of several members of the current Constitutional Court with immediate effect has been tabled.

“These two topics are important, and the proposed changes could have long-term repercussions on the functioning of constitutional institutions. In this context, as well as taking into account some of the questions raised in that respect, we call on the Armenian authorities to request as soon as possible, the opinion of the Venice Commission, the Council of Europe’s expert body on constitutional law. We believe that this opinion, which could be adopted very quickly via an urgent procedure, would be valuable to all stakeholders, including the Armenian electorate if a referendum were to be held.”

The ruling My Step party will vote down a draft law terminating the powers of the President and judges of the Constitutional Court of Armenia on first reading, lawmaker Vahagn Hovakimyan said on Thursday, February 6.

The parliament could then discuss the matter of holding a referendum on the issue, Hovakimyan said, describing the move as an example of direct democracy.