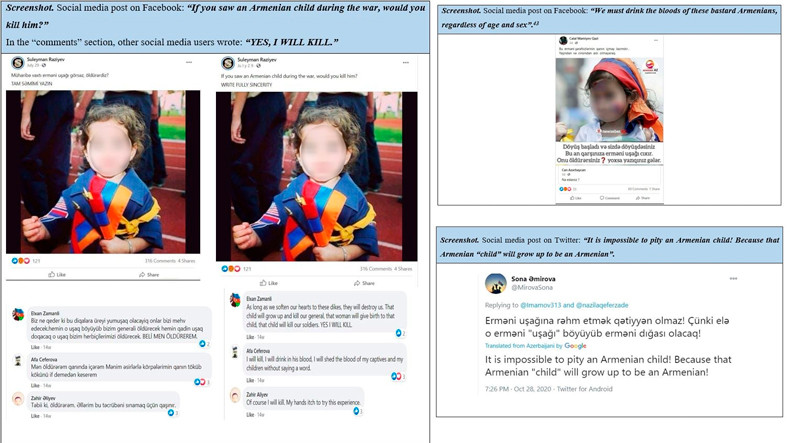 Tatoyan added that all evidence is reflected in detail in the recent special report on the topic of organized hate speech and animosity towards ethnic Armenians in Azerbaijan as root causes of ethnically based torture and inhuman treatment by Azerbaijani Armed Forces.