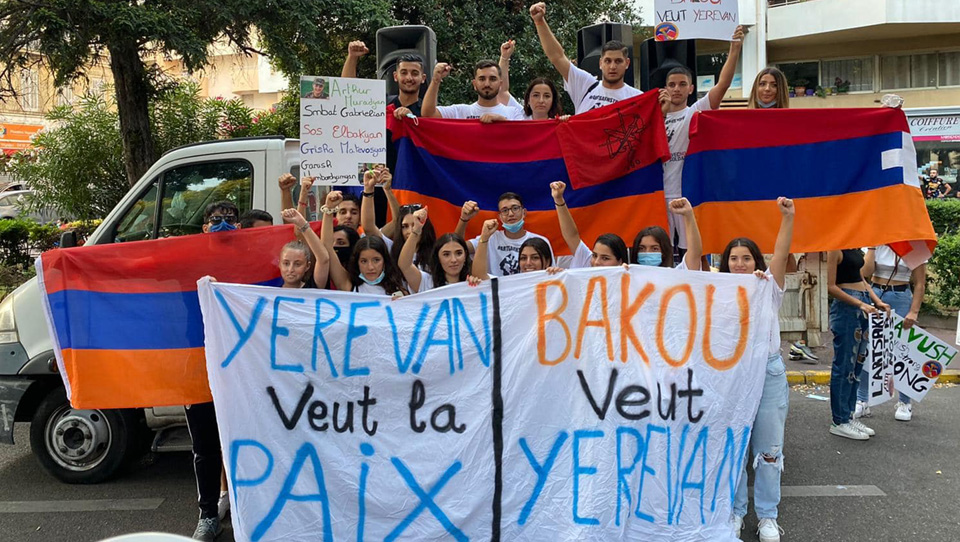 Armradio – Nor Seround youth group of the Armenian Revolutionary Federation led a rally in Marseilles to condemn Azerbaijan’s military aggression against Armenia and Ankara’s role in this attack, Nouvelles d’Armenie reports.

The demonstrators waved the flags of Armenia, France and Artsakh in front of the Turkish Consulate building. They could be heard chanting “Aliev terrorist”, “Turkish state, assassin”, “Fascist Turkey, out of our territories.”

Police was deployed at the scene to prevent any provocations

In front of the gathering of around 400 people, a young woman from the Nor Seround association strongly denounced the racist, denialist and Armenophobic policies of dictator Aliyev. She noted that the aggression of Azerbaijan was the continuation of the genocidal policy implemented by Turkey at the beginning of the 20th century.

Mourad Papazian, co-chair of the Coordinating Council of Armenian Organizations in France (CCAF) called on Erdogan’s Turkey and Aliev’s Azerbaijan that it will no longer possible to assassinate the Armenian people again.