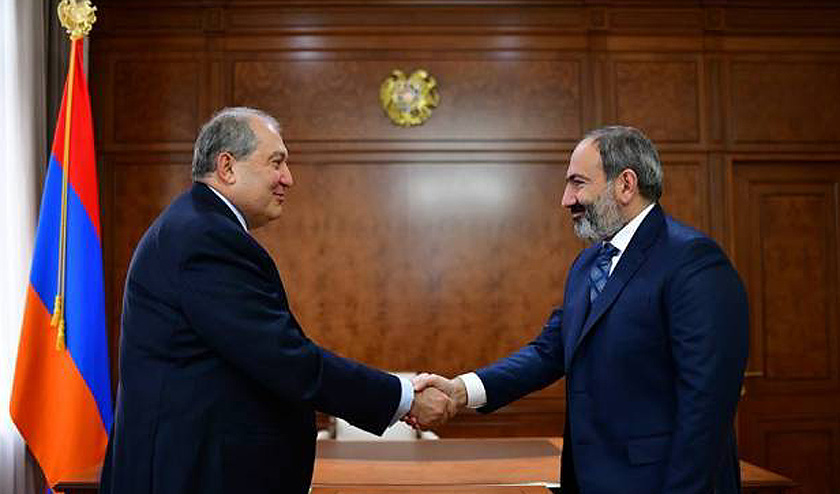 Pashinyan was nolminated by My Step bloc, which won a landslide victory in the snap parliamentary elections on December 9. The bloc will hold 88 seats in the 132-seat National Assembly.

No election was held for the Prime Minister, as according to Article 149 of the Constitution, immediately after commencement of the term of powers of the newly-elected National Assembly, the President of the Republic appoints as Prime Minister the candidate nominated by the parliamentary majority.

At a meeting with Nikol Pashinyan at his office, President Sarkissian said “the Parliament should do its best to ensure that the ideas, hopes and expectations connected with the “velvet revolution” come true today, tomorrow and the day after tomorrow.”

Nikol Pashnyan note, in turn, that the main expatiations that have already come true include the return of power to people and establishment of democracy in Armenia.

“Democracy, rule of law and transparency are not just slogans, but a system of values we are guided by,” Pashinyan stated.

Under the Armenian constitution, Pashinian has five days to name members of his cabinet and ask the President to formally appoint them. He will then have 20 days to submit the government’s five-year policy program to the Parliament.