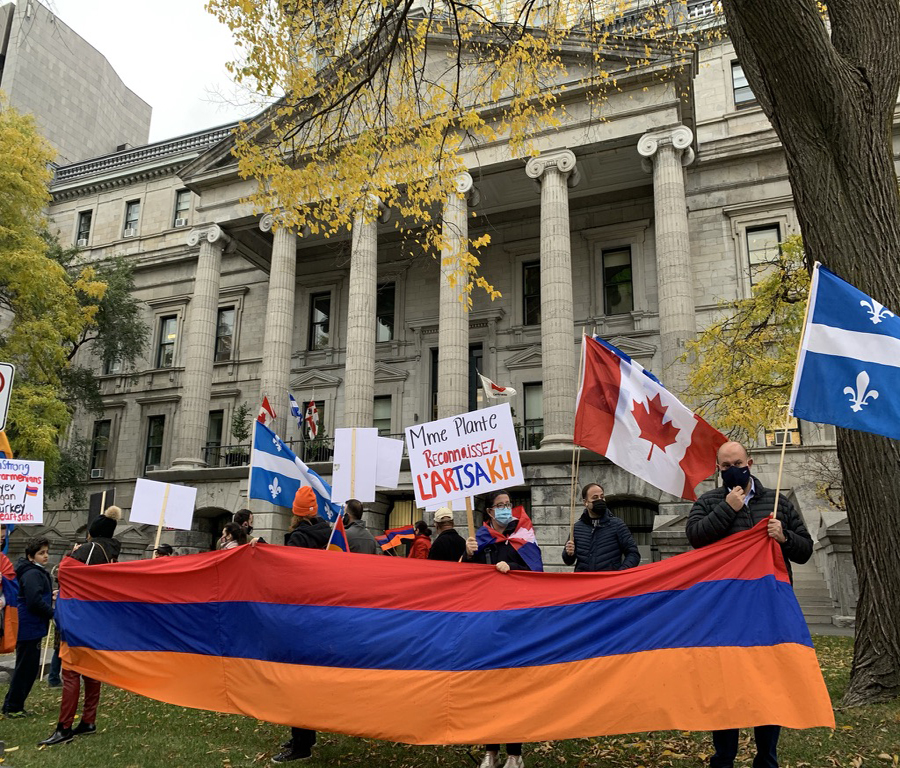 After the official recognitions from the cities of Geneva and Milano, Armenians in Quebec asked the city councilors to act accordingly. The demonstration, organized by the Union of Armenian Communities of Quebec, continued after the statement made by the City Mayor Valerie Plante live during the City Council meeting:

“Montreal stands in solidarity with the Armenian people and the entire community established here in Montreal.”

At the end, the organizers thanked the Mrs Plante for her support to the Armenian community of Montreal and to Armenian in general across the world who are living a national and unprecedented crisis. 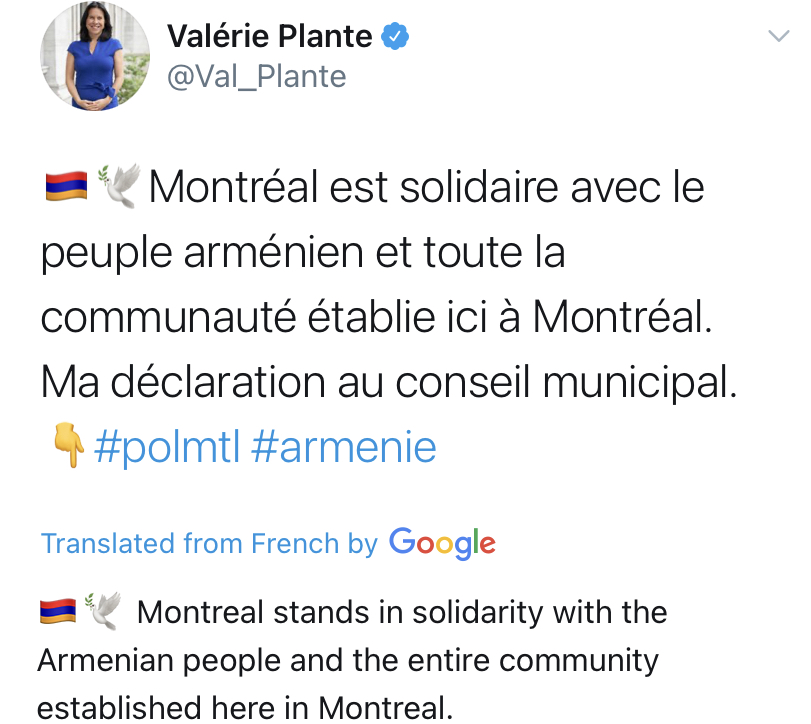 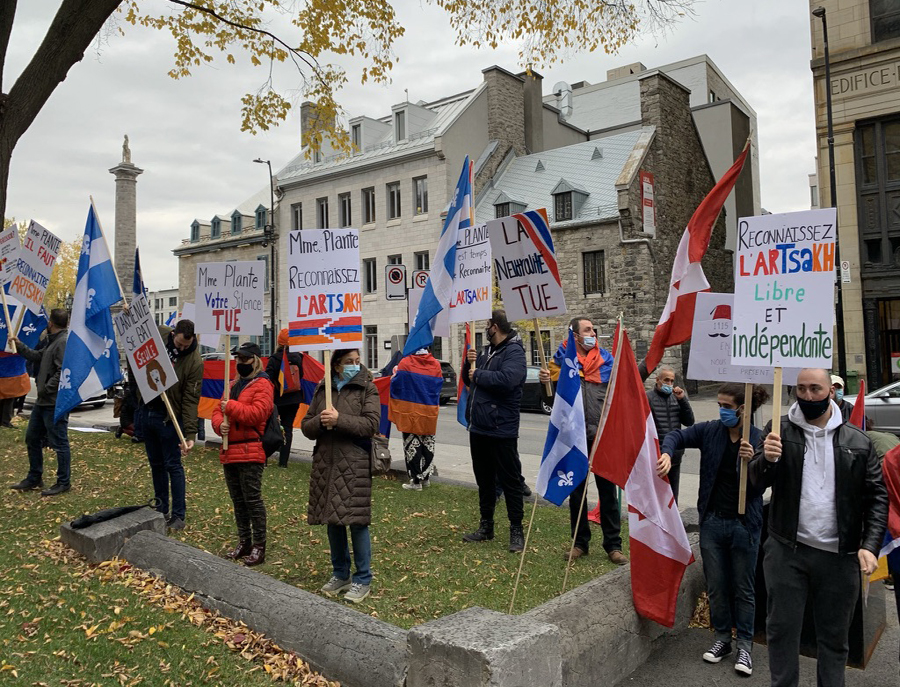