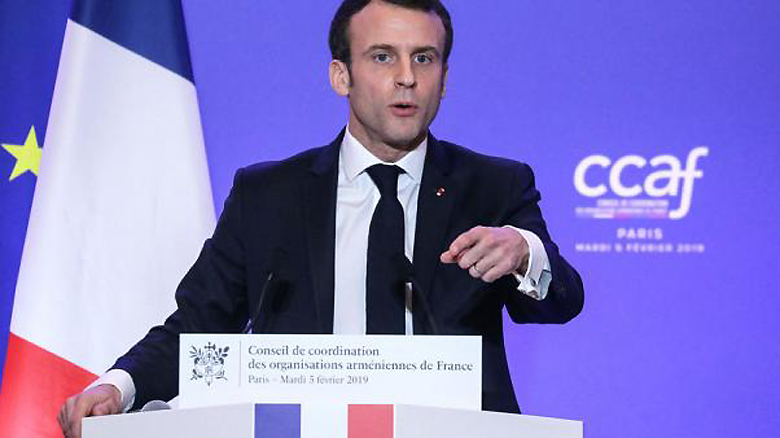 (Deutsche welle) – French President Emmanuel Macron on Tuesday declared April 24 to be a national day to commemorate the 1915 Armenian genocide.

Macron made the statement at an annual dinner of the Coordination Council of Armenian Organizations in France, fulfilling a 2017 campaign promise.

France was among the first countries to denounce “the murderous hunt of the Armenian people in the Ottoman Empire,” Macron told the Armenian community in France.