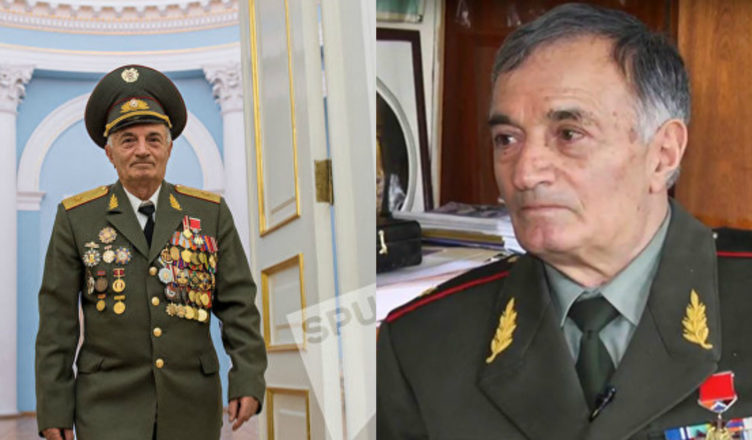 Arkady Ivani Ter-Tadevosyan was the leader of the Armenian forces during the First Nagorno-Karabakh War and Armenia’s former Deputy Minister of Defense.

Ter-Tadevosyan is best known as the commander of the operation liberation of Shushi on May 8, 1992.

Arkady Ter-Tadevosyan was born Artush Tadevosyan in Tbilisi, Georgia. After graduating from a high school in Tbilisi, he decided to become an officer. He attended the Baku Combined Arms Command School and later the Leningrad Military Academy of Rear Services and Transportation.

He served in Afghanistan where he earned the nickname “Mountain Fox.”

The President of the Nagorno-Karabakh Republic, Bako Sahakyan, awarded him with the Order of the Golden Eagle and the title of Hero of Artsakh on the 17th anniversary of the Liberation of Shushi in 2009